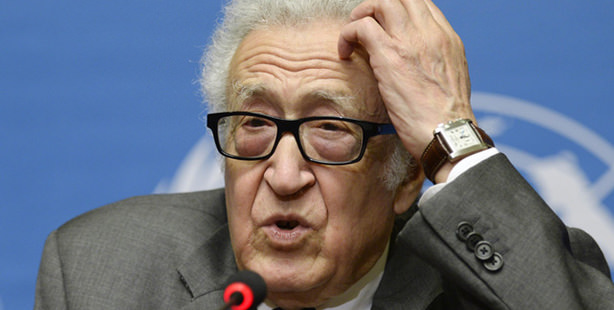 The peace talks in Geneva between the regime and the opposition fail to result in a compromise as the regime envoy stands against the disposal of Assad.

Syrian President Bashar Al Assad's adviser on Wednesday repeated their rejection of the opposition's call for a transition period. Bouthaina Shaaban said that the presidential elections scheduled for the end of 2014, may not be held as the violence is raged. Yet, she did not state what would happen after Assad's presidency expires unless the elections take place.

The United Nations mediator Lakhdar Brahimi said talks will end on Friday, as scheduled and the gap between the government and the opposition remains "considerable". "To be blunt, I fail to see how we are going to achieve anything substantial by Friday," he told reporters, while earlier he was hopeful for finding common ground on at least some of the issues. He added that the two sides will decide when the second phase of the talks will take place, most likely, after a one-week break. Earlier on Wednesday, both sides attempted to discuss the most controversial issues such as Assad's future and the formation of a transitional government. But the regime party immediately rejected a transitional government and insisted that Assad remain in power.

Shaaban said, "There is no such thing in the world called transitional government. We do not mind a large government, a national unity government, yet I think the term that was coined and circulated in the media is wrong for our people." A national unity government, favored by Assad's envoy, was rejected by the opposition as the meaning underlying the term is unclear. Louay Safi, a spokesman for the opposition's negotiating team, said the issue of a transitional government was put on the table at the talks for the first time. But he added that the government delegation stuck to its demand and ending "terrorism" remains first priority. "Today we took a positive step forward for the first time and now we are discussing the transitional governing body, the body whose responsibility is to end dictatorship and move towards democracy while ending the fights and misery in Syria," he said.

Both parties continued to blame each other for the lack of a solution to end the war. The regime's envoy disregarded the opposition's suggestion that the talks must focus on Assad's dynasty and the near future of Syria. Instead, he preferred to talk about "terrorism" without making any distinction between the extremists infiltrated among Syrian rebels and the main moderate Syrian rebels. In fact, despite the photographs and other documents proving that Assad is indeed a war criminal, he asked if there is any reason why Assad should not run for presidency once again .