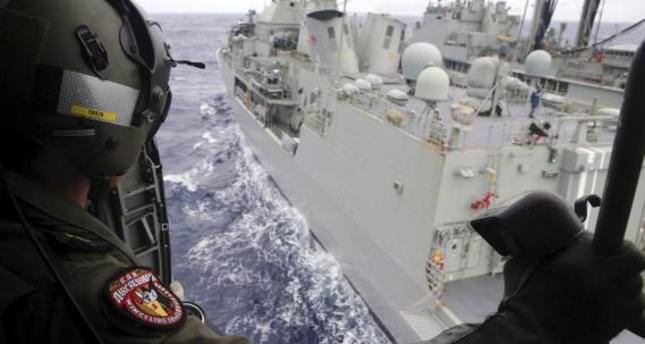 by Apr 04, 2014 12:00 am
PERTH — The search for missing Malaysia Airlines flight MH370 in remote seas off Australia headed underwater on Friday, with a U.S. Navy high tech "black box" locator deployed for the first time as the battery life of the cockpit data recorder dwindles.


"The area of highest probability as to where the aircraft might have entered the water is the area where the underwater search will commence," Retired Air Chief Marshal Angus Houston, the head of the Australian agency coordinating the operation, told reporters in Perth.

On Monday it will be 30 days since the jetliner lost communications and disappeared from civilian radar less than an hour into an overnight flight from Kuala Lumpur to Beijing on March 8.
Authorities have not ruled out mechanical problems as causing the disappearance, but say all the evidence suggests the plane was deliberately diverted from its scheduled route.
Malaysia's police chief said the investigation was focusing on the cabin crew and pilots, after clearing all 227 passengers of possible involvement in hijacking, sabotage or having personal or psychological problems that could have been connected to the disappearance.