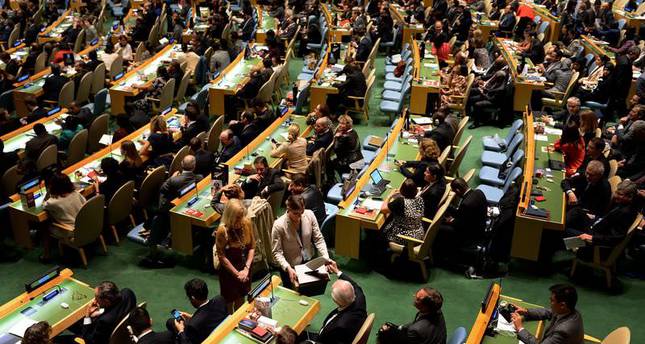 by Associated Press Oct 16, 2014 12:00 am
Venezuela, New Zealand, Spain, Angola and Malaysia were elected Thursday to coveted seats on the United Nations Security Council, while Turkey failed in its effort to join the U.N.'s most powerful body.

Neither Turkey nor Spain got enough votes in the first or second ballot of the election by the General Assembly's member states. Spain made it in the third ballot. Special attention had been on Turkey as it is under growing pressure to do more about the war in Syria pushing up against its border.

The winners will join the council on Jan. 1 and serve through 2016. The five will replace Argentina, Australia, Luxembourg, South Korea and Rwanda.

Venezuela's socialist government was unopposed for the single seat allocated to Latin America and the Caribbean. Angola was the only candidate for an African seat, and Malaysia had no opposition for an Asian seat.

The United States, which publicly opposed Venezuela's last attempt to join the council in 2006, did not do so this time and would not discuss how it voted Thursday. Ten countries abstained in that vote.

Venezuela's current president, Nicolas Maduro, has close ties with Syria's President Bashar Assad and Iran and has supported Russia in the Ukraine crisis.

Rights observers expressed concern at some of the newly elected council members.

"The Security Council's new membership could prove more problematic on human rights issues, with several generally rights-friendly countries leaving and others coming on board with poor voting records," Philippe Bolopion, the U.N. director of Human Rights Watch, said in a statement. "This is particularly true of Venezuela, which has consistently challenged protection efforts at the (U.N.) Human Rights Council, but also of Angola and Malaysia, which need to demonstrate a more human rights-oriented approach in New York than they did in Geneva."

The countries' foreign ministers have been in town lobbying hard for support, with splashy banquets and other events. The ballots are secret, and to win, each country has to obtain support of two-thirds of all General Assembly members present, or a minimum of 129 votes if all 193 members participate.