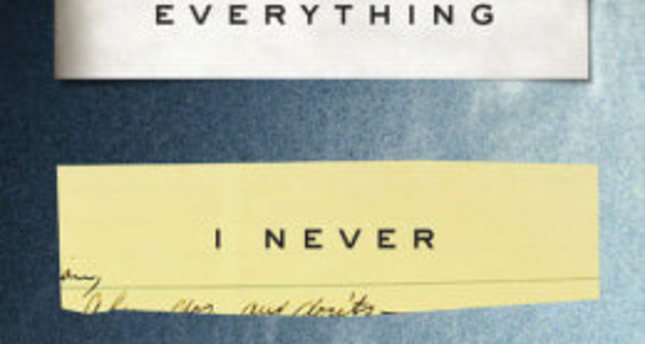 by reuters
Nov 08, 2014 12:00 am
"Everything I Never Told You," the debut novel by author Celeste Ng about a teenage girl growing up in a mixed race family in the American Midwest in the 1970s, was named Amazon's best book of 2014 on Saturday.

It topped the list of 100 good reads, which included fiction and non-fiction works, selected by editors at the online retailer.

"It is a beautiful book about a family," Sara Nelson, editorial director of books and Kindle at Amazon.com, said about the novel. "The characterizations are moving. The people are very interesting."

"All the Light We Cannot See" by Anthony Doerr, a finalist for the National Book Award which will be announced on Nov. 19 in New York, came in a very close second, followed by the polar expedition story "In the Kingdom of Ice: The Grand and Terrible Polar Voyage of the USS Jeannette" by Hampton Sides at No. 3.

"He is an amazing writer. Every sentence is a beautiful construction," Nelson said about Doerr, an award-winning author whose book tells the story of two extraordinary young people in Europe growing up on the eve of World War Two.

Amazon described its third choice, "In the Kingdom of Ice," as the ultimate adventure story with a touch of romance and intrigue. It chronicles the battle for survival of the crew of a polar exploration ship trapped in ice in the early 1880s.

"The Short and Tragic Life of Robert Pearce: A Brilliant Young Man Who Left Newark for the Ivy League" a reported memoir by Jeff Hobbs about his best friend, was fourth on the list.

"It is about a young African American man who came up through the roughest parts of Newark and by his sheer brilliance and will got himself to Yale," said Nelson.

National Book Award finalist Phil Klay's "Redeployment," a book of short stories about the wars in Iraq and Afghanistan, rounded out the top five.

Editors at Amazon selected the 100 from its list of monthly favorites and any other noteworthy books. It also compiled top 20 lists in more than two dozen categories such as mystery/thriller, humor/entertainment, young readers and cookbook and lifestyle.

"We look for things that make us excited," said Nelson.

Stephen King's horror novel, "Rival," also made the top 10, coming in at No. 6, as did National Book Award finalist Emily St. John Mandel, whose "Station Eleven," an apocalyptic novel about a theater troupe in the aftermath of a pandemic, which was tenth.

Amazon selected "The Pigeon Needs a Bath" as its best children's picture book and "The Fourteenth Goldfish" as its top book for 9- to 12-year olds.

"We Were Liars" was the No. 1 for teen and young adult readers and "The Slanted Door: Modern Vietnamese Food" was the best cookbook.