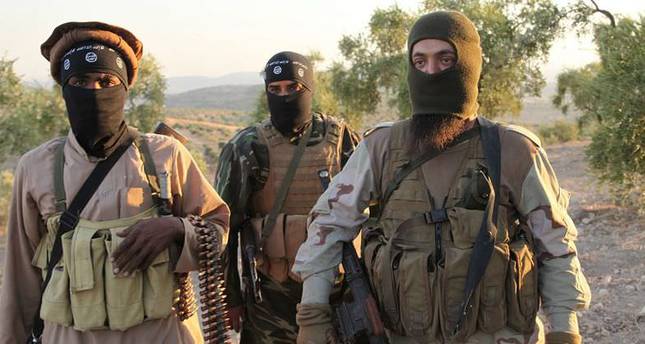 by AA
Nov 16, 2014 12:00 am
Four Sydney brothers are believed to have out-witted their parents and Australian officials, departing the country to join the self-proclaimed Islamic State of Iraq and al-Sham (ISIS) in Syria.

The brothers - aged between 17, and 28 years old - embarked for the Middle East last week after reportedly telling their family they'd won a holiday to Thailand.

Once in Bangkok, they boarded a plane to a country on Syria's border and sent their family a text saying they were heading in.

Authorities have said they are believed to have joined the terrorist group ISIS.

Australian Immigration Minister Scott Morrison said Saturday that if the brothers have crossed that line and been indoctrinated by the "death cult," they have become "enemies of Australia and the world."

The government has estimated 60 Australians are fighting with radical organisations in Syria or Iraq.

Morrison's announcement could lead to the brothers being targeted and possibly killed in Australian bombing missions. Prime Minister Tony Abbott is attempting to pass legislation that would grant emergency powers to his Secret Intelligence Service allowing them to inform the Australian Defence Force about the location of Australian foreign fighters.

On Oct. 3, the Abbott government authorised the deployment of special forces and military air strikes to join with the U.S.-led force to combat ISIS. The government has also approved 200 Special Forces advisers to be sent to Iraq. Military action was sanctioned upon the request of the Iraqi government. Australians, however, will not be taking part in independent combat operations.

British Prime Minister David Cameron - in Australia for the G20 summit on Sunday - used his platform at a special joint sitting of the Australian parliament Friday to call for the removal of propaganda for the terrorist organizations from the internet.

Cameron urged Internet firms to do more to stop the spread of extremist "material," saying they had a "social responsibility" to do so. At the same time he pledged a common UK/Australian fight against terror.

Professor Greg Barton from the Global Terrorism Research Centre at Monash University in Melbourne referred to the Cameron's call as a "wonderful" idea, but "unrealistic," underlining that the U.S. government had tried and failed in this area.

He told the Australian Broadcasting Commission (ABC): "The Internet material is very useful, it plays an important role in shaping views."

He added that the biggest challenge would be breaking networks of supporters because peer networks "shape young people."