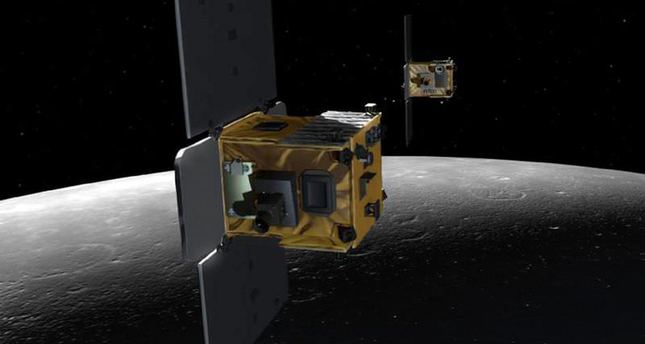 Want to leave your mark on the moon? Here is your chance. A British space venture is giving ordinary citizens the chance to leave their mark on the moon, by enabling them to pledge at least 60 pounds for a digital memory box in which their messages, pictures, videos and - via a strand of hair - DNA will be carried into space in a decade's time. The project will help the scientists scout a possible location for a permanent base there.

Lunar Mission One launched a crowdfunding drive on Wednesday to cover its start-up costs. The organisers have up to now raised around 123,000 pounds, according to the Kickstarter website, towards an initial target of 600,000 pounds ($940,000) they aim to reach within a month.

More than 1,000 people signed up within hours, whose personal digital memory boxs will be buried in a capsule on earth's nearest neighbour.

Organisers will need several orders of magnitude more to recoup the total estimated project costs of 500 million pounds, the bulk of which they hope to raise by the same method.

"Governments are finding it increasingly difficult to fund space exploration that is solely for the advancement of human knowledge and understanding as opposed to commercial return," said mission founder David Iron, a former Royal Navy officer who advises on space and technology projects.

"...Anyone from around the world can get involved for as little as a few pounds."

Established by engineers and scientists with backing from University College London and science broadcaster Brian Cox, the mission aims to send its unmanned module to the moon's unexplored South Pole within 10 years to see if it might be suitable for a base.

Should it go ahead, the project will drill deeper into the moon's surface than ever before.

Last year a Chinese unmanned spacecraft touched down on the moon in the first such "soft-landing" since 1976.