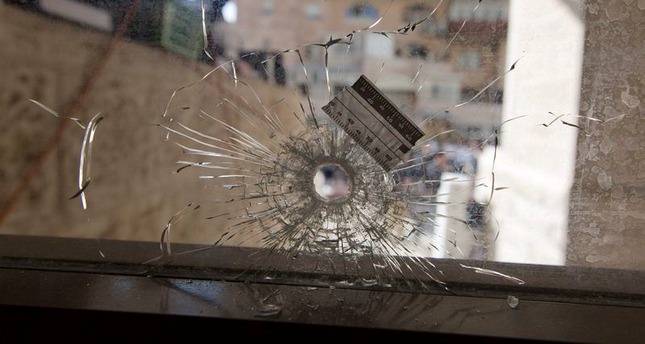 by AA
Nov 19, 2014 12:00 am
A minor Palestinian group said Wednesday that the two attackers of a Jewish synagogue in west Jerusalem, which left five Israelis dead, were group members.

The Popular Front for the Liberation of Palestine (PFLP) said in a statement that Oudai Abu Jamal and Ghassan Mohamed Abu Jamal-who killed five Israelis in an attack on a Jewish synagogue on Tuesday-were group members.

The PFLP said that the attack was a "natural result to occupation crimes."

The Tuesday attack was the latest episode in an ongoing wave of upheaval that has engulfed Jerusalem and the rest of the occupied West Bank for months.

It was initially triggered by the abduction and murder of a Palestinian teenager and Israel's subsequent military onslaught on the Gaza Strip in which over 2,160 Palestinians were killed.

Moreover, increasingly frequent intrusions by Jewish settlers and Israeli cabinet ministers and MPs into the Al-Aqsa Mosque compound-along with fresh restrictions on Muslim worshippers entering the site -have angered Palestinians and often led to clashes.

Tensions mounted further when Israel temporarily closed the Al-Aqsa Mosque complex in late October following the injury of an extremist rabbi who was shot by a Palestinian man in West Jerusalem.

Since then, six Israelis-including two security personnel-have been killed and several others injured in a spate of attacks by Palestinians.