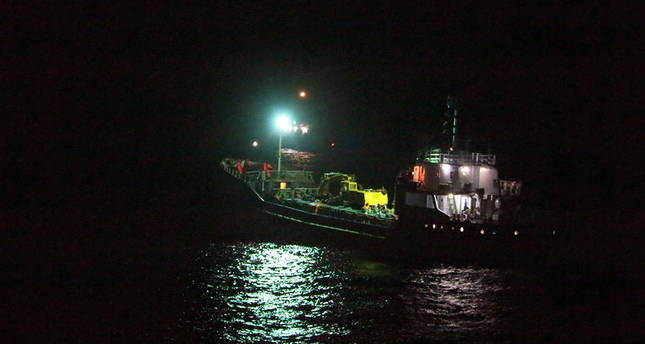 by AA Nov 23, 2014 12:00 am
Turkish-Cypriot coast guards yesterday rescued hundreds of migrants who were stranded on a vessel that broke down near the Turkish Republic of Northern Cyprus' (TRNC) coast, an official statement said.

The 50-meter-long vessel, Haj Zaher, was carrying an estimated 300 migrants, including around 40 women, one of whom was said to be pregnant and 35 children. The vessel was adorned with a Tanzanian flag and broke down 8 kilometers away from the port city of Girne in Turkish Republic of Northern Cyprus.

Ahmad Suruf, one of the survivors, told Anadolu Agency each migrant had paid about $6,500 to human traffickers to escape the civil war in Syria.
Last Update: Nov 23, 2014 10:31 pm
RELATED TOPICS