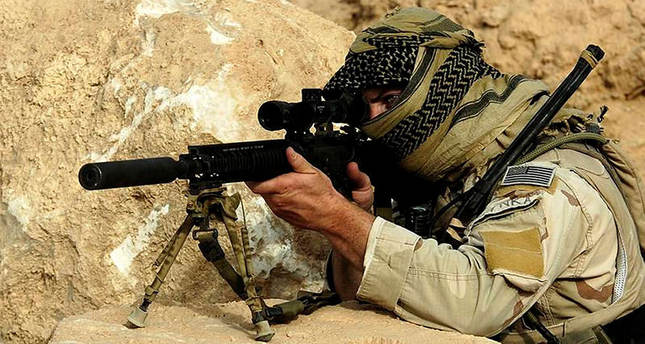 by Compiled from Wire Services Feb 02, 2015 12:00 am
While 'American Sniper', the movie based on the life of U.S. marine Chris Kyle that killed 160 people on his sniper duty, grossed $248.9 million in six weeks, a challenging claim came from Britain with 173 kills.

According to the article of British Daily Mail newspaper, an unnamed Royal Marine killed 173 people on his duties in Afghanistan and Iraq.

It was reported that the marine killed most of his victims in Afghanistan in a six month long duty.

The Marine had killed 90 Taliban fighters just in one day, British daily, The Sun reported.

Portrayed by famous actor Bradley Cooper in the movie, Kyle had 160 confirmed kills on his duties in Iraq and was nicknamed as the 'Devil of Ramadi' due to his mission in the city of Ramadi located in the insurgent Sunni Triangle of Iraq.