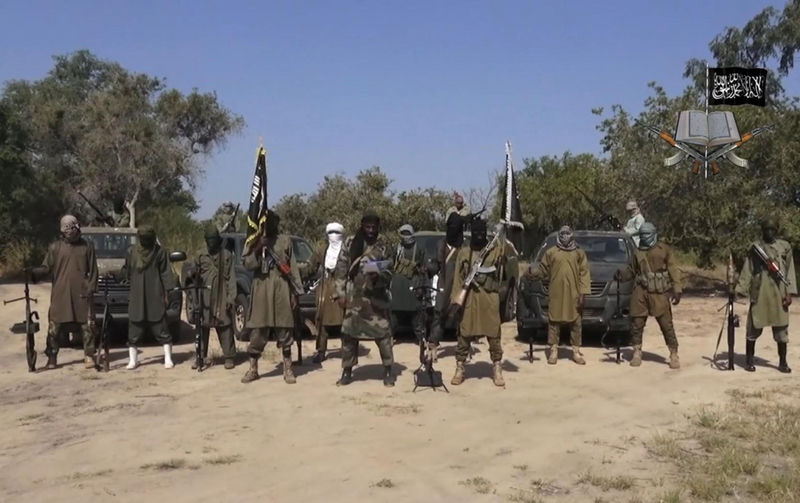 by Daily Sabah with Wires Mar 07, 2015 12:00 am
Nigeria's extremist group Boko Haram has pledged allegiance to the self-proclaimed State of Iraq and al-Sham (ISIS), according to an audio statement posted on Twitter.

The SITE intelligence group, which monitors extremist websites, said that the recording was published on the Nigerian group's social media accounts on Saturday.

"We announce our allegiance to the Caliph … and will hear and obey in times of difficulty and prosperity," the man, who is claimed to be Boko Haram leader Abu Bakr Shekau said in the recording. The audio script identified the Caliph as Abu-Bakr al-Baghdadi, the leader of ISIS.

Boko Haram began its military campaign to impose its own rule in northern Nigeria in 2009, which has spilled into neighboring countries in recent months. It is estimated that at least 13,000 people have so far been killed in Boko Haram attacks, according to Armed Conflict Location and Event Data Project (Acled), an academic group that uses media reports to monitor violence.