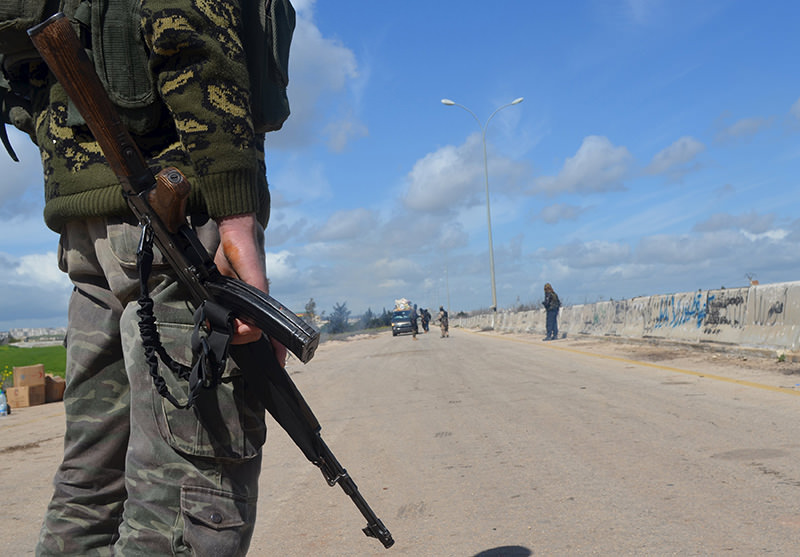 | Reuters Photo
by Begüm Tunakan Apr 02, 2015 12:00 am
As violent militant groups gain worldwide recognition and substantial ground, the number of foreigners fighting alongside militant groups in war-torn countries hit more than 25,000, a United Nations report said. The number of foreign fighters worldwide increased by 71 percent between mid-2014 and March 2015, the panel of experts monitoring UN sanctions against al-Qaeda said in the report obtained on Wednesday by the Associated Press.

The increasing number of foreigners joining violent militant groups "pose[s] an immediate and long-term threat" and "an urgent global security problem," the report said. The provocative and offensive views circulate more quickly and broadly on social media as the online propaganda operations make it easier to recruit new followers to join militant groups.

The report indicates the highest number of foreign fighters come from Tunisia, Morocco, France and Russia. There is also an increase in the number of fighters from the Maldives, Finland and Trinidad and Tobago.

About 6,500 foreign fighters have actively fought in Afghanistan against the U.S.-backed central government and NATO troops. Hundreds are fighting in Yemen, Libya, Nigeria and Somalia where chaos, instability and violence prevail. Yemen has been in a state of constant turmoil due to the ongoing bloody battle between Saudi-backed government forces and Iranian-backed Houthi rebels. Libya has become a hub for ISIS, as militants have long benefited from the absence of political authority. In Somalia, the militant group al-Shabaab has battled the UN-backed government, attracting around 100 fighters mostly coming from North African countries. In Nigeria, the militant group Boko Haram recruits many Nigerian youth as they have become more sympathetic to Boko Haram.

Syria and Iraq are the top two destinations, accounting for over 20,000 foreign fighters, primarily fighting for ISIS, but also the al-Nusra Front, the report said. More than half of them have come from European countries, as Europe is struggling to prevent potential terrorist attacks with an increasing number of homegrown ISIS-linked militants.

This number is expected to steadily increase while triggering more concerns over the radicalization and recruitment of many young Europeans through ISIS-linked organizations. By the end of 2015, it is expected that as many as 10,000 Europeans will travel to the Middle East to wage war as part of radical militant groups, according to French authorities.

However, EU border security has failed to prevent radicalized youth from travelling abroad. EU member states have failed to implement efficient and effective border checks at international airports, as the flow of European ISIS sympathizers to Turkish-Syria border cannot be stopped. Due to gaps in intelligence sharing between European states, many suspected ISIS sympathizers planning to travel to Syria arrive in Turkey undetected. European border security has been insufficient, and the EU keeps pressuring Turkey, providing it with a watch list of 10,000 European ISIS sympathizers in order to make the task of policing the Turkish border easier, while not being able to keep those militants within its borders.

In addition to the Middle East, many far-right affiliated European militants from Sweden, Bulgaria and Hungary have reportedly joined paramilitary groups in eastern Ukraine to fight against pro-Russian separatists in the Donbass region. European extremists spread their ideas on social media in order to gain more followers who are ready to fight in eastern Ukraine.
Last Update: Apr 03, 2015 1:02 am
RELATED TOPICS