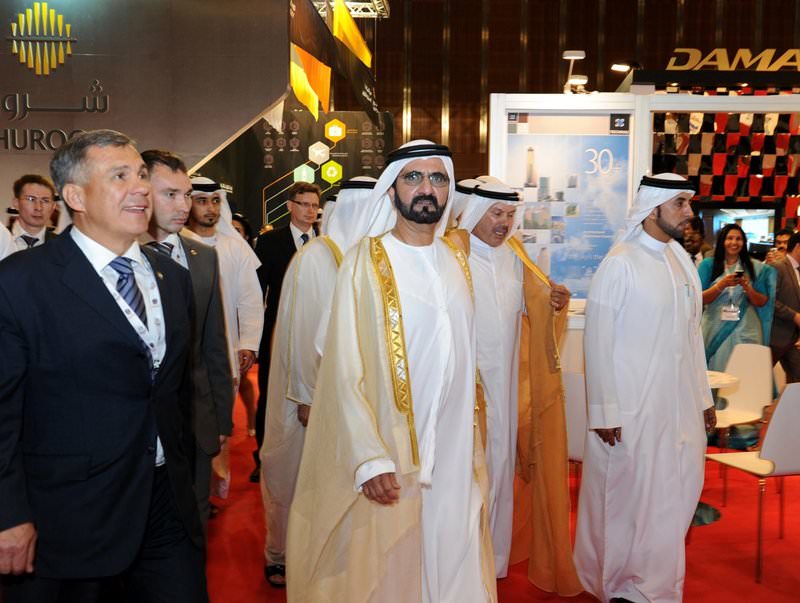 by Compiled from Wire Services Apr 04, 2015 12:00 am
The ruler of Dubai , 65, one of the world's richest men, is planning to build a personal six-storey car park next to the River Thames in London for his fleet of more than 100 luxury cars.

Sheikh Mohammed Bin Rashid Al Maktoum's is set to build it next to Battersea heliport by the River Thames so that he, his staff and his family, along with his 23 children, can arrive London by helicopter and take whichever luxury car they like, according to Daily Mail.

The personal super car park, which is estimated to cost about $30 million USD, will also have two basemen floors and six above ground which will reportedly include offices, bathrooms and three triple bedroom flats for his drivers.

However, neighbours have raised concerns that their road will be disrupted by around 120 cars arriving and departing every day. The planning application was approved by councillors at Wandsworth Borough Council, despite the anger of the neighbours.

The Sheikh, who is also the Vice President and Prime Minister of the United Arab Emirates since 2006, is known to have an estimated net worth of $ 18 billion as of 2008 according to Forbes.
Last Update: Apr 04, 2015 7:50 pm
RELATED TOPICS