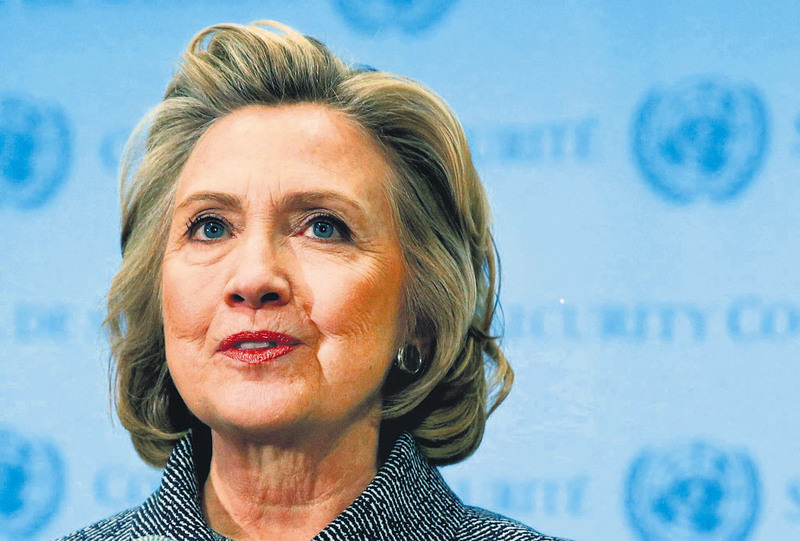 by reuters Apr 10, 2015 12:00 am
Democrat Hillary Clinton announces her campaign for the presidential nomination in 2016. Clinton faces no substantial competition but needing to get her organization in place for the long battle to come.

Clinton is likely to make her intentions known through a social media announcement followed by campaign travel. This focus on digital communications is an attempt to connect with young voters, who Clinton needs to become American's first woman president.

The Guardian newspaper reported that Clinton would make her announcement on Twitter at noon Eastern Time on Sunday while headed to the early voting state of Iowa, followed up by email and video announcements.

In her previous presidential run in 2008, Clinton lost to the current president, Barack Obama, in part because of the Obama campaign's clever use of social media to draw attention to his candidacy and raise huge sums through small donations.

Her campaign is expected to concentrate on making the 67-year-old former first lady relatable to ordinary Americans. Clinton spent four years jetting to foreign capitals as Obama's first-term secretary of state but has had limited day-to-day contact with everyday Americans.

Clinton, the wife of former President Bill Clinton, is the overwhelming favorite for the Democratic nomination and no other major Democratic figure has stepped forward to challenge her, although former Maryland Governor Martin O'Malley has made moves toward a possible campaign.

Clinton's biggest obstacle may be overcoming her own image.

She has struggled to get past accusations that she might be too secretive based on the revelation earlier this year that she had gone against federal recommendations to use an official email account while at the State Department and instead used her own private server.

A Quinnipiac University poll released this week had the surprising result that she was even or only slightly ahead of some Republican contenders like libertarian Senator Rand Paul of Kentucky. Most polls in recent months have shown her with a substantial lead over the Republican 2016 field.
Last Update: Apr 10, 2015 11:19 pm
RELATED TOPICS