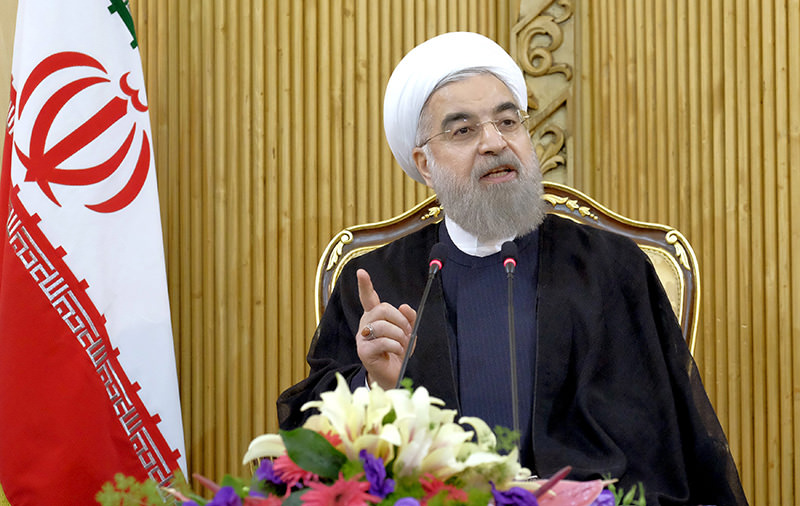 by French Press Agency - AFP Oct 22, 2015 12:00 am
Iranian President Hassan Rouhani will visit Pope Francis on November 14, the Vatican announced Thursday in the latest sign of relatively warm relations between the Holy See and the Islamic Republic.

Rohani will call at the Vatican as part of an official trip to Italy, which has led European attempts to rebuild trade and investment ties with Tehran following the July nuclear deal.

Pope Francis received the Iranian vice-president for family affairs Sahindokht Molaverdi in February and has been a prominent backer of the nuclear accord as a significant step towards stability in the region.

The last Iranian president to visit the Vatican was Mohamed Khatami, who held talks with Jean-Paul II in 1999 and subsequently attended the Polish pope's funeral in 2005.

But the 1979 Islamic revolution did not lead to a break in diplomatic relations.

Iran outlaws conversions to Christianity but the country's eastern Catholics remain free to exercise their religion.

French cardinal Jean-Louis Tauran, president of the pontifical council for inter-religious dialogue, has made several visits to Tehran.

There is even collaboration in the unlikely area of astronomy: an Islamic-Christian seminar on the subject was organized in January at the Vatican's observatory outside Rome.
Last Update: Oct 22, 2015 5:57 pm
RELATED TOPICS