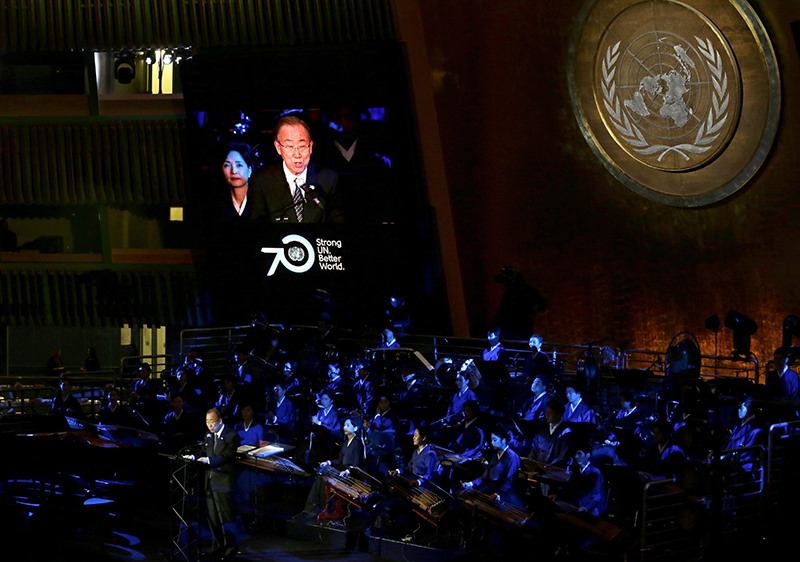 The move came on the eve of the 70th anniversary of the world body.

The structure of the Security Council faces criticism for the overriding influence of the five permanent members wielding veto power - Britain, China, France, Russia and the U.S.

On many occasions, these countries' national interests have outweighed international calls for humanitarian action, most recently in Syria.

Since October 2011, the veto has been exercised four times by Russia and China on draft resolutions designed to address crimes committed by the Syrian regime. For decades, the U.S. has consistently used its veto to protect Israel from resolutions critical of its treatment of Palestinians.

The signatories have pledged not to vote against a "credible" draft resolution before the Security Council aimed at preventing or ending crimes against humanity or war crimes.

The code also invites the remaining 89 members of the UN to sign.

The 15-member Security Council's five permanent members were granted their veto powers due to their roles in the formation of the UN in 1945 as the victors of World War II.

However, many have described the privileges held by them as anachronistic and far from representative of the cultural and geopolitical realities of the world.

The code by a group of 25 countries committed to accountability, coherence and transparency, led by Liechtenstein.

Simon Adams, executive director of the Global Centre for the Responsibility to Protect, said: "Those who are opposed to reform of the UN Security Council will say that this is simply an issue of working methods or a question to be privately contemplated by lawyers and bureaucrats. They are wrong."

"This is about vulnerable people whom the UN Security Council has a responsibility to protect. This is about preventing atrocities and protecting those who would otherwise be destined for the torture chamber or the mass grave."

Meanwhile, a series of celebrations began Friday to mark the anniversary of the UN charter.

Buildings across the world are being bathed in blue light, including the Empire State Building in New York, Egypt's Great Pyramids, the statue of Christ the Redeemer in Rio de Janeiro, the Great Wall of China, Russia's Hermitage Museum and the ancient city of Petra in Jordan.