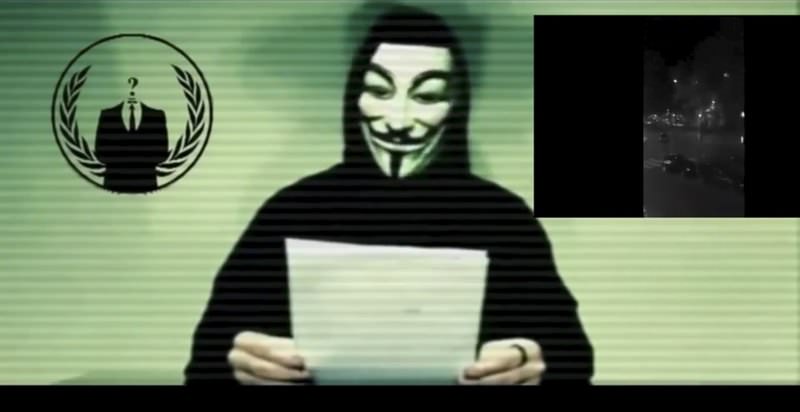 by Daily Sabah Nov 21, 2015 12:00 am
Anonymous said Saturday it has received uncovered information that Daesh is planning to carry out terror attacks on Sunday in Paris as well as at locations in the U.S., Indonesia, Italy and Lebanon.

OpParisIntel, an affiliate of the hacking group Anonymous, released a statement saying the collected information suggested that fresh attacks by Daesh may take place in the French capital and other parts of the world on Sunday, a little more than a week after the almost simultaneous attacks there which left 130 dead and hundreds injured.

The group published multiple events around the world scheduled for November 22 which have been confirmed at risk alongside a statement: "The goal is to make sure the whole world, or at least the people going to these events, know that there have been threats and that there is possibility of an attack to happen. Another goal is to make sure Daesh knows that the world knows and cancels the attacks, which will disorientate them for a while."

The potential terrorist targets listed by Anonymous are as followed:

• Al-Jihad, One Day One Juz (Indonesia)

Anonymous declared war on Daesh on Nov 16, vowing to track it down online as part of its Operation Paris (OpParis). It released a guide for those looking to take part in the operation, which has already identified more than 5,500 suspected Daesh profiles and reported them to Twitter.

Anonymous has waged a long-running campaign against the DAESH but stepped up the effort following the attacks last Friday in the French capital.