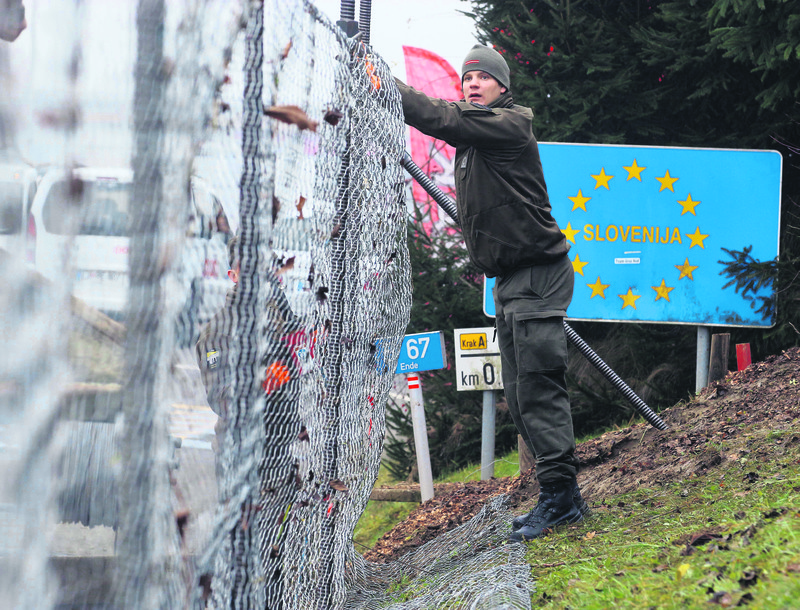 by Daily Sabah with Reuters Dec 09, 2015 12:00 am
Countries rejecting Syrian refugees because they are Muslims are fuelling DAESH and other militant groups, U.N. refugee chief Antonio Guterres said on Monday.

"When people say they cannot receive Syrian refugees because they are Muslims, those that say it are supporting terrorist organisations and allowing them to be much more effective in recruitment of people," he told a news conference.

At least one of the men who carried out suicide attacks in Paris last month came through the Balkans to western Europe posing as a Syrian refugee, counter-intelligency and police sources have said. But before the Paris attacks, many European countries were already talking about closing their borders to refugees - or actually doing so - because of the sheer weight of numbers. Much of the rhetoric connecting refugees and acts of violence has come from the United States, where Ben Carson, a 2016 Republican presidential candidate, likened Syrian refugees to "a rabid dog running around your neighborhood," and said admitting them would put Americans at risk.

After the attacks in Paris, the U.S. states of Texas, Arkansas, Alabama and Michigan said they would close their doors to Syrian refugees, and the U.S. House of Representatives voted overwhelmingly to suspend President Barack Obama's programme to admit 10,000 Syrian refugees and intensify the process of screening them. Guterres, a former prime minister of Portugal, said he was sympathetic to governments' impulse to rely on counter-terrorism strategies, but it would be an illusion to think that counter-terrorism and military action alone would solve the problem. "An essential part of this is to convince the potential recruits of terrorist organisations that that is not the way to express their own anger or their own concerns or their own perspectives," said Guterres, who was speaking at the launch of a record $20.1 billion U.N. humanitarian appeal for 2016.

Attacks in Europe may be linked to one or two people who had entered with the huge refugee influx, but it was essentially a home grown problem that would not be solved by closing borders, he said. "The more it is said or the more it is done in hostility to Syrian refugees because they are Muslims, the more the chances for DAESH and other groups to recruit within the borders of European countries people to do the kind of nasty things we are now witnessing."

While many leaders are in search for a collaborative and unified action, work began in Austria on Monday on a fence at a crossing point used by migrants on the border with Slovenia, a first in Europe's Schengen zone, an AFP photographer said. Austria announced last month - before the Paris terror attacks - plans for the barrier along a 3.7-kilometer stretch either side of the crossing point. In addition, rolls of barbed wire are to be stored in containers at the border ready to be installed in an emergency, according to the Austrian government. The majority of migrants come from the Middle East and Africa. The turmoil in the Middle East and the five-year war in Syria have led many people to flee the conflict in an attempt to seek security and shelter in a more prosperous and peaceful country, such as one in Europe. However, Europe has been slammed for lacking a collaborative response to the crisis.
RELATED TOPICS