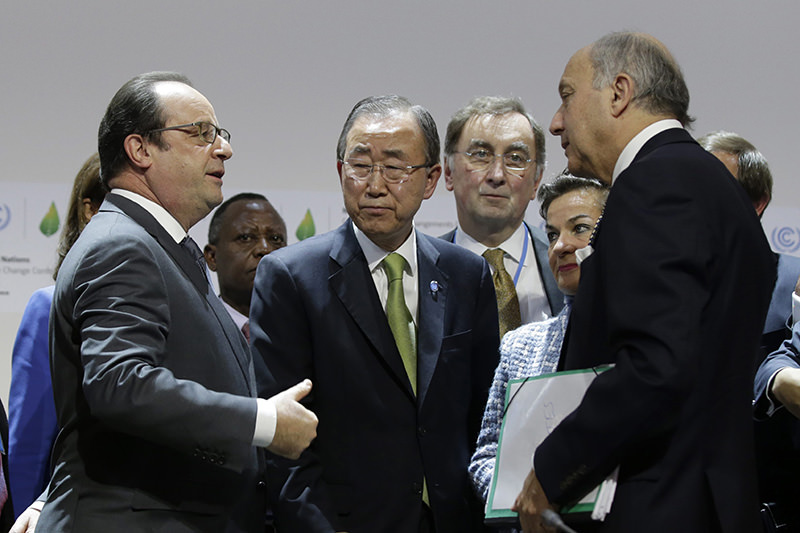 by Anadolu Agency Dec 12, 2015 12:00 am
The final draft of the climate change deal has been agreed in Paris, French Foreign Minister Laurent Fabius announced Saturday following a two-week UN summit in the French capital.

"If adopted, this text will mark a historic turning point," Fabius, who is also the UN Climate Change Conference in Paris (COP21) president, said at a press conference attended by UN Secretary-General Ban Ki-moon and French President François Hollande.

Fabius said that the overall goal written in the deal would be "to have a mean temperature [increase] well below 2 degrees - and to endeavor to limit that increase to 1.5 degrees".

In his remarks, Ban Ki-moon said: "The final draft is historic and sets world on new path to low emissions, climate-resilient future.

"The end is in sight. Let us now finish the job. The whole world is watching," he said. "The solutions to climate change are on the table. They are ours for the taking. Let us have the courage to grasp them," he added.

Hollande said that final draft was "ambitious, but realistic".