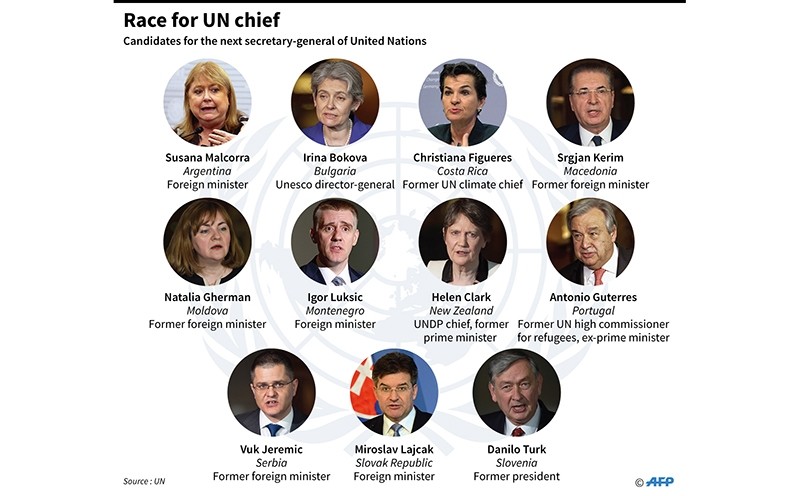 by Compiled from Wire Services Aug 05, 2016 12:00 am
Former Portuguese prime minister Antonio Guterres remained the top candidate for the position of UN secretary general after the UN Security Council's second round of secret straw polls, UN diplomats said on Friday.

But unlike the first round, Antonio Guterres got two "discourage" votes, leaving the contest in play.

The secretary-general is chosen by the 193-member General Assembly on the recommendation of the Security Council. Ban's second five-year term as U.N. chief ends on Dec. 31.