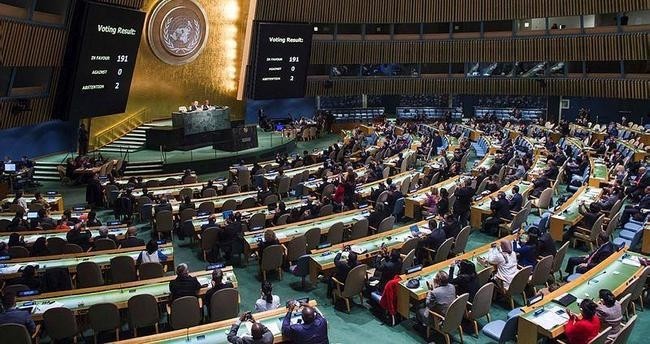 UN member states on Thursday voted in favour of convening a conference in 2017 to begin negotiations on a treaty to ban all nuclear weapons.

The resolution, which received 123 votes in favour, 38 votes against and 16 abstentions, passed a committee of the UN General Assembly despite heavy lobbying against it by nuclear states, especially the US, Britain and France.

Due to US pressure, 27 of the 28 NATO member states voted against the resolution with the Netherlands abstaining.

The resolution provides for the convening of two conferences in March and June next year "to negotiate a legally binding instrument to prohibit nuclear weapons, leading towards their total elimination."

The creation of a treaty could be a way to stigmatize the use and possession of nuclear weapons, which could eventually lead to the denuclearization of countries, Beatrice Fihn, executive director of the non-governmental International Campaign to Abolish Nuclear Weapons told dpa.

She said that no one expected the treaty to make countries disarm right away, but it would signal the view of countries that nuclear weapons should be illegal.

"Why would you give your weapons away if they are still legal?" she said.

In a letter sent to NATO members and seen by dpa, the US "strongly" encouraged countries to vote against the resolution.

"We feel efforts to negotiate an immediate ban on nuclear weapons or to delegitimize nuclear deterrence are fundamentally at odds with NATO's basic policies on deterrence and our shared security interests," the letter said.

Before the vote, a representative for the US said that his government did not accept the premise of the resolution that a treaty would lead to the elimination of nuclear weapons.

"While we respect the views of the proponents, we disagree with the practicality of their approach and are concerned with the negative effect of seeking to ban nuclear weapons without consideration for the overarching security environment," the representative said.

The document was submitted by Austria, Brazil, Ireland, Mexico, Nigeria and South Africa.

The resolution will have to be approved by a vote at the General Assembly as a whole, which it is expected to pass.