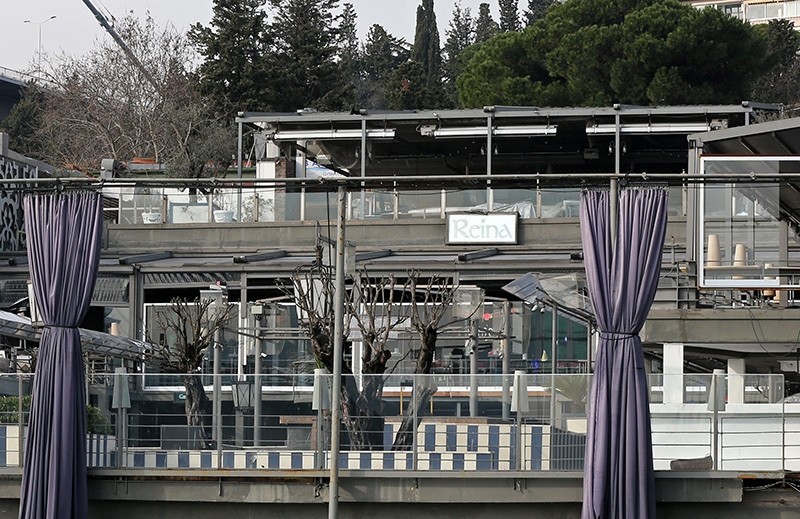 The terrorist attack killing 39 people and injuring 65 others during New Year's celebrations at an Istanbul nightclub on early Sunday reminded previous Daesh terrorist attacks in Europe and North America that marked the indiscriminate killing of civilians in entertainment venues.

In Paris, three suicide bombers detonated themselves near the Stade de France where an international football friendly between France and Germany was underway with leaders from both countries, in addition to thousands of fans, were attending. One civilian was killed in the attacks, and a greater carnage was prevented as a security guard found out the explosive belt on a fourth suicide bomber while he was trying to enter the stadium.

Daesh-linked terrorists later targeted three cafes and restaurants near the city center were targeted with automatic rifles, while another blew himself up at a café, killing 51 people.

Most tragic part was the attack on Bataclan theater where three terrorists opened fire on a large crowd attending the concert of rock band Eagles of Death Metal, took hostages and blew themselves up during the subsequent police raid, killng 89 civilians. The attack prompted France to declare a state of emergency, which was recently extended until June 2017.

The attacks were planned and carried out at a Daesh terror cell in Belgian capital Brussels, which was also targeted on March 22, 2016 as Daesh-linked assailants carried out suicide attacks in Zaventem Airport and Maalbeek subway station, killing 32 people and injuring 270 others.

France was targeted again on July 14, 2016, when an assailant deliberately drove a cargo truck inside a large crowd celebrating the Bastille Day in Nice, killing 86 people and injuring more than 400.

A similar attack was staged in German capital Berlin recently on Dec. 19, when an assailant drove a truck into Christmas market, killing 11 people at the scene while the original truck driver was also murdered to seize the vehicle.

In Orlando, 49 people were killed by an assailant at a nightclub attended by the local gay community. Later reports suggested that the assailant swore allegiance to Daesh before the attack, however, no concrete links were found, whereas survivors confirmed that the assailant was a frequent visitor of the nightclub, raising doubts whether the attack was carried out with terrorism motives.

A Daesh-linked assailant killed 39 people, mostly tourists, at a beach in Tunisian resort town of Sousse on June 26, 2015.

The office of Charlie Hebdo magazine in Paris was raided by Al-Qaeda-linked terrorists on Jan. 7, 2015, killing 12 people, considered the first of such attacks.