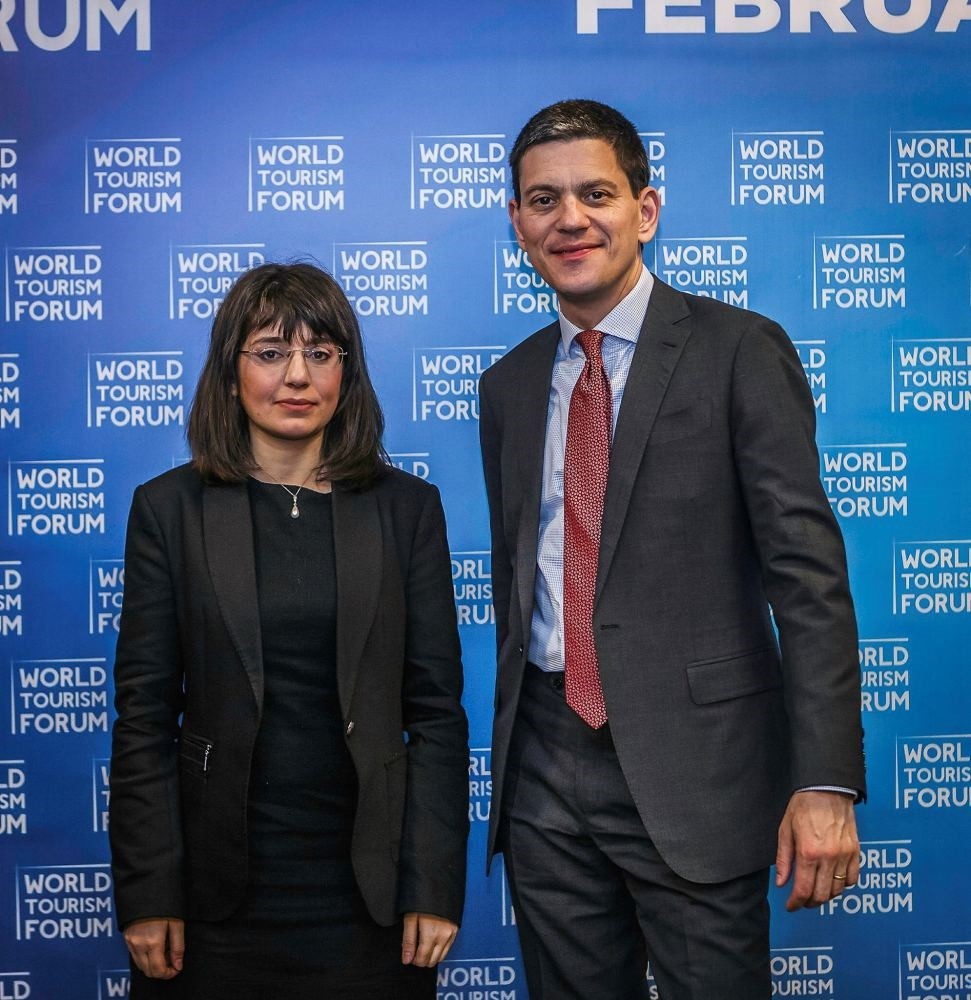 Former British Foreign Secretary David Miliband.
by Deniz Renkveren Feb 18, 2017 12:00 am
As more than a million migrants and refugees have crossed into Europe, sparking a crisis in European countries struggling to cope with the influx, the former British foreign secretary David Miliband said he appreciates Turkey's efforts to cope with the scale of the refugee crisis while urging Europe to give more help to countries like Turkey, Lebanon, Kenya and Ethiopia

In an interview with Daily Sabah, Miliband reiterated Turkey's role as a key regional power tackling the migration crisis, saying that the crisis in EU's neighbor, Turkey has had a spill-over effect for Europe.

"Turkey knows very well the cost of the Syrian crisis, there are 2.5 million refugees from Syria in Turkey. I think around the world they need to respect the way in which Turkey has tried to come to terms with this crisis. Because if your neighbor's house is on fire, the danger is your house is on fire. And Turkey has had to cope with a scale of immigration that few countries have ever seen before. Turkey has had limited help from the outside world, except some support from Europe, which is good. But I think the global refugee crisis has not been properly addressed. Two-and-a-half million people is extraordinary," he said. Miliband said that everyone should think about helping refugees, "Because the flows are not stopping and the people are not going back to their homes in Syria or Somalia any time soon. We have to think about the economic bargain to support refugees as well as a social survival bargain. I hope Turkey can lead the way," he said.

The former Foreign Secretary and the chief of International Rescue Committee (IRC) Miliband attended the Global Meeting of the World Tourism Forum that took place Feb. 16-17. Being the initiator of Movement for Change, which aims to deliver solutions to local problems with global perspectives, he is one of the youngest foreign secretaries his country has seen and is known for his innovative approach to policy making. Miliband said in his speech that Turkey will play a decisive role in how the 21th century global world will change.

Miliband said that Turkey is in a very pivotal position not only for its tourism but also for its economic and politic power, joining East and West. "In a way, tourism is the symbol of the more global society. But obviously also the dark side of global society, the terrorism and security," he said.

In response to our question if Europe is united over the July 15coup attempt, Miliband replied there is a strong stance among European leaders. "I think there is a very strong view among European leaders against the attempted coup. I think people are very committed to the idea that Turkey has made a move away from military rule to civilian rule. The commitment of European engagement is very important. And I hope that is reciprocated," he said.

Miliband says the Syrian conflict has become much more complicated since 2011. "It started out as a conflict between the government of Syria and some people in Syria and it has become a much more complex, multifaceted regional conflict with big implications for countries like Turkey. My own perspective is that the Syria has become a war without law, not just a war without end. We have over eight of our hospitals bombed inside Syria by the Syrian government or by Russia. I hoped that in its engagement in Syria, Turkey will try to uphold the need for stability for inclusive government and for adherence to international humanitarian law."

If an end to the Daesh terrorist organization in the Middle East is secured, security experts warn of the possibility that terrorists who have fled can plot attacks in European countries. Miliband put emphasis on cooperation in intelligence, "There are consequences for Europeans as well as for Turks from Daesh tactics. I think the most important lesson of the last 15 years or post-9/11, is now intelligence cooperation and the case for extended intelligence cooperation within Europe is very strong because that's what guards European societies against distress," he said.
Last Update: Feb 18, 2017 12:24 pm
RELATED TOPICS