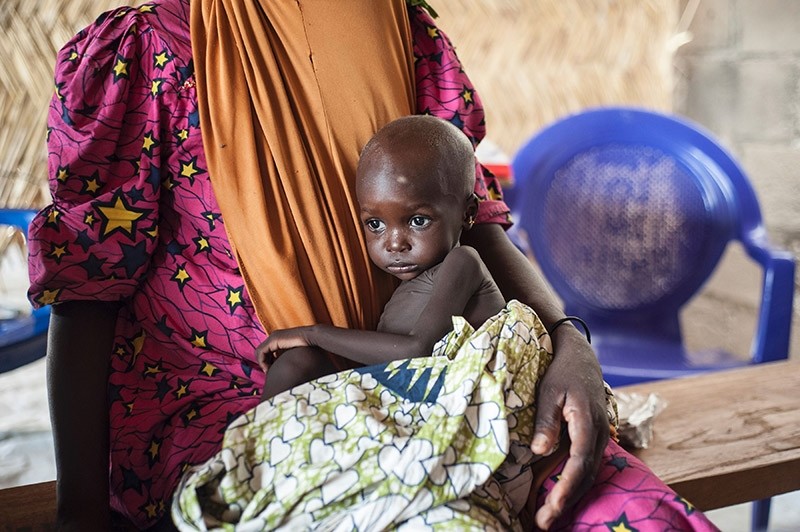 This photo taken on June 30, 2016 shows a young girl suffering from severe acute malnutrition sitting on her mother's lap, at one of the Unicef nutrition clinics, in the Muna informal settlement, northeastern Nigeria. (AFP Photo)
by Apr 01, 2017 12:00 am

Global food crises worsened significantly in 2016 and conditions look set to deteriorate further this year in some areas with an increasing risk of famine, a report said on Friday.

"There is a high risk of famine in some areas of north-eastern Nigeria, Somalia, South Sudan and Yemen because of armed conflict, drought and macro-economic collapse," the Food Security Information Network (FSIN) said.

FSIN, which is co-sponsored by the United Nations food agency, the World Food Programme and the International Food Policy Research Institute, said the demand for humanitarian assistance was escalating.

FSIN said that 108 million people were reported to be facing crisis level food insecurity or worse in 2016, a drastic increase from the previous year's total of almost 80 million.

The network uses a five phase scale with the third level classified as crisis, fourth as emergency and fifth as famine/catastrophe.

"In 2017, widespread food insecurity is likely to persist in Iraq, Syria (including among refugees in neighboring countries), Malawi and Zimbabwe," the report said.