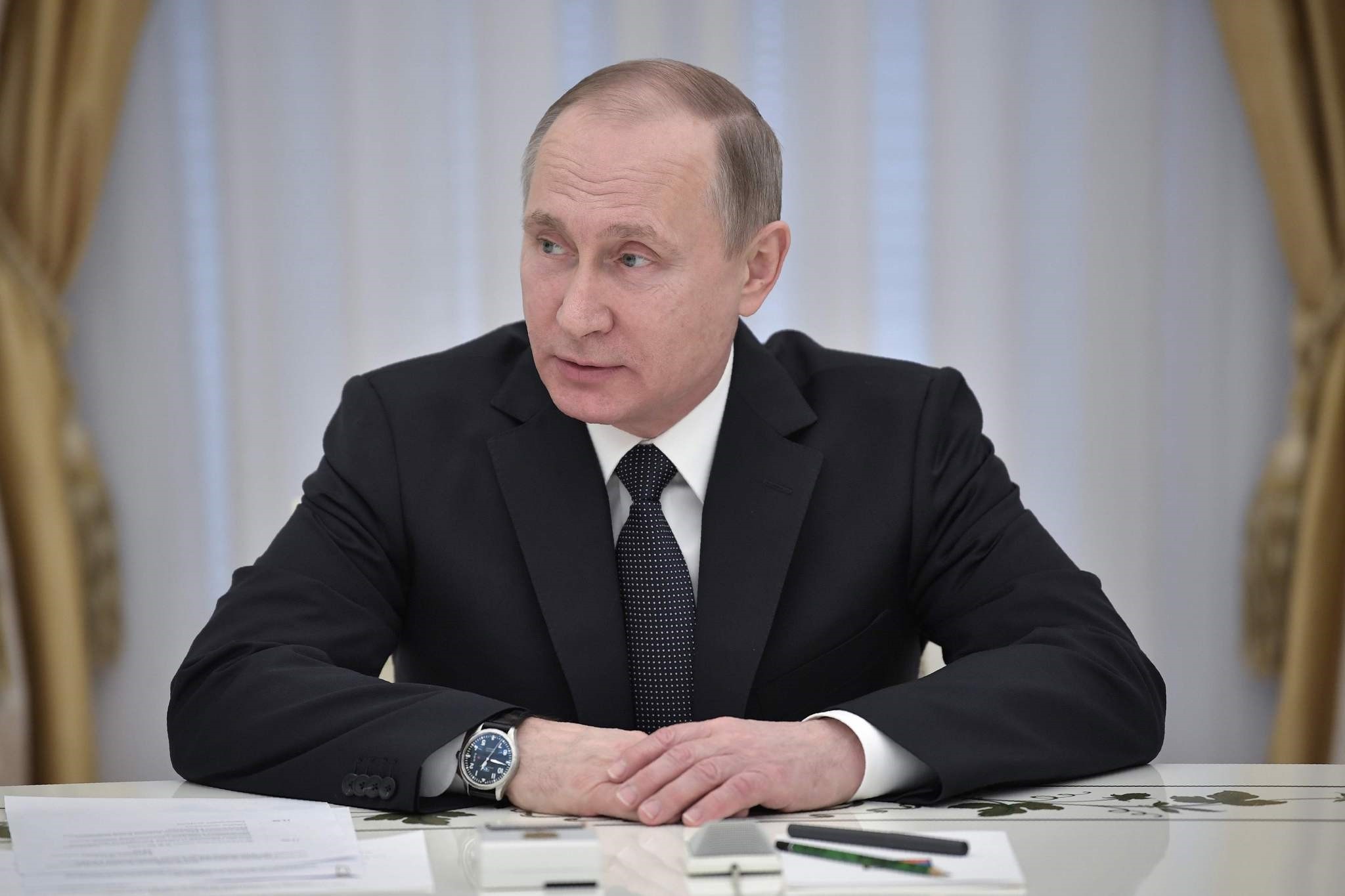 President Vladimir Putin chairs a meeting with security and intelligence officials at the Kremlin in Moscow on April 5, 2017. (AFP Photo)
by Apr 10, 2017 12:00 am

The Kremlin said on Monday that U.S. Secretary of State Rex Tillerson will not meet President Vladimir Putin when he visits Moscow on Wednesday, a move that could point to tensions over a U.S. missile attack on a Syrian regime air base last week.

John Kerry, Tillerson's predecessor, often met Putin as well as the Russian foreign minister when he visited Moscow, and Putin granted several audiences to the Texan when he ran oil major Exxon Mobil before taking his current job.

Putin even personally awarded Tillerson a top Russian state award -- the Order of Friendship -- in 2013, and it was widely expected that the former oilman would meet Putin on what is his first trip to Russia as secretary of state.

But Putin's spokesman, Dmitry Peskov, told reporters on Monday that no such meeting was planned, suggesting Tillerson will follow strict diplomatic protocol and only meet his direct counterpart, Russian Foreign Minister Sergei Lavrov.

"We have not announced any such meetings and right now there is no meeting with Tillerson in the president's diary," Peskov told reporters on a conference call.

He did not say why Putin was not planning to receive Tillerson.

U.S. President Donald Trump ordered a missile strike on a Syrian regime military base last week in retaliation for what Washington and its allies say was a poisonous gas attack in which scores of civilians were killed.

Moscow says there is no proof that Assad's military carried out the attack, and called the U.S. missile strike an act of aggression that violates international law.

Tillerson's visit is being seen as an early test of whether Trump's new administration can use any momentum generated by striking the Syrian base to craft and execute a strategy to end the war there.

Even before Trump ordered the strike in retaliation for a nerve gas attack, Tillerson's visit was certain to be dominated by thorny issues.

Those include alleged Russian interference in the 2016 U.S. presidential election, Washington's accusation that Russia is violating an important arms control treaty, and trying to bridge differences on how to conduct the fight against Daesh.

Syria, ironically, was one of the few areas where analysts believed Moscow and Washington might be able to find common ground.

Peskov, Putin's spokesman, said on Monday that the U.S. strikes had shown Washington's total unwillingness to cooperate on Syria.

Reacting to media reports that Tillerson would use his visit to press Moscow to back away from supporting Syria's Bashar Assad, Russia's biggest Middle East ally, Peskov signaled that was a non-starter.

"Returning to pseudo-attempts to resolve the crisis by repeating mantras that Assad must step down cannot help sort things out."