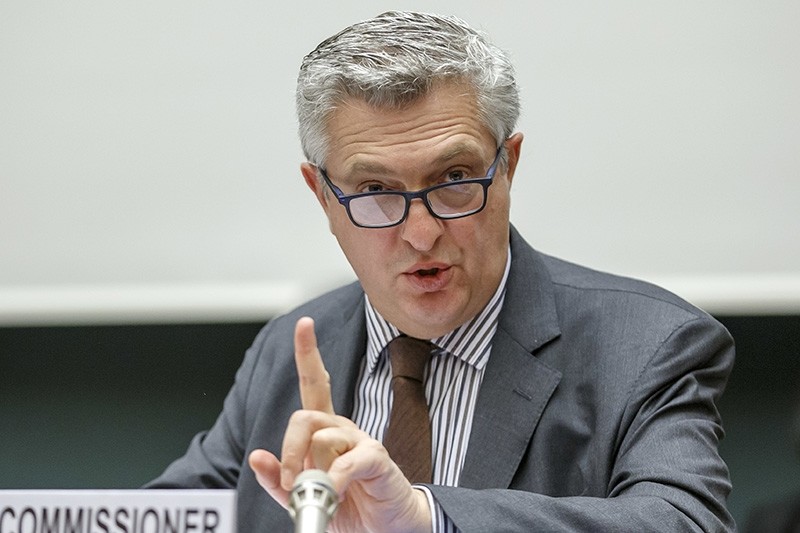 The U.N. High Commissioner for Refugees is sharply criticizing the Security Council and world leaders for their failure to prevent and resolve conflicts which have displaced nearly 66 million people around the world.

Filippo Grandi tells the U.N.'s most powerful body Thursday that the number of displaced persons has risen sharply from 42 million in 2009, saying that the uptick "reflects weaknesses in international cooperation, and declining capacity to prevent, contain and resolve conflicts."

Grandi stressed that "sustainable peace is critical to securing solutions to displacement."

But he said competing interests are being pursued through "proxy wars" instead of being resolved through diplomacy and dialogue.

Grandi pointed to conflicts in Syria, Iraq, Afghanistan and other countries and asked, "Have we become unable to broker peace?"