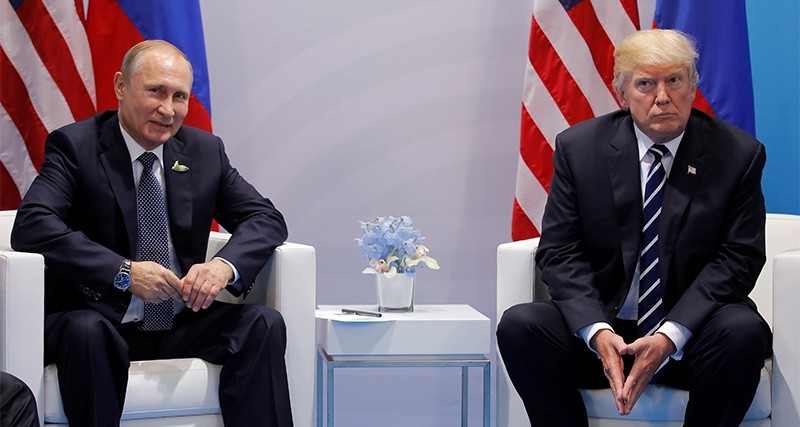 A possible meeting between Russian President Vladimir Putin and U.S. President Donald Trump at the APEC summit in Vietnam is still being worked on, Russian news agencies cited Kremlin spokesman as saying on Friday.

"Discussions continue. There is no clarity yet," Dmitry Peskov was quoted by Interfax as saying.

Moscow has been receiving contradictory signals from the United States on a possible meeting between Putin and Trump, Kremlin spokesman Dmitry Peskov said Friday.

Peskov also told reporters Putin would meet Trump on the sidelines of APEC summit in Vietnam "one way or another".

The White House said on Friday Trump will not have a separate meeting with his Russian counterpart.

Trump will not meet Putin in any formal capacity at APEC, White House Press Secretary Sarah Sanders has said, despite previous suggestions from both Russia and the US.

"Regarding a Putin meeting, there was never a meeting confirmed, and there will not be one that takes place due to scheduling conflicts on both sides," Sanders said on Air Force One.

"Are they going to bump into each other and say hello? Certainly possible and likely," Sanders said. "But in terms of a scheduled, formal meeting, there's not one on the calendar and we don't anticipate that there will be one."