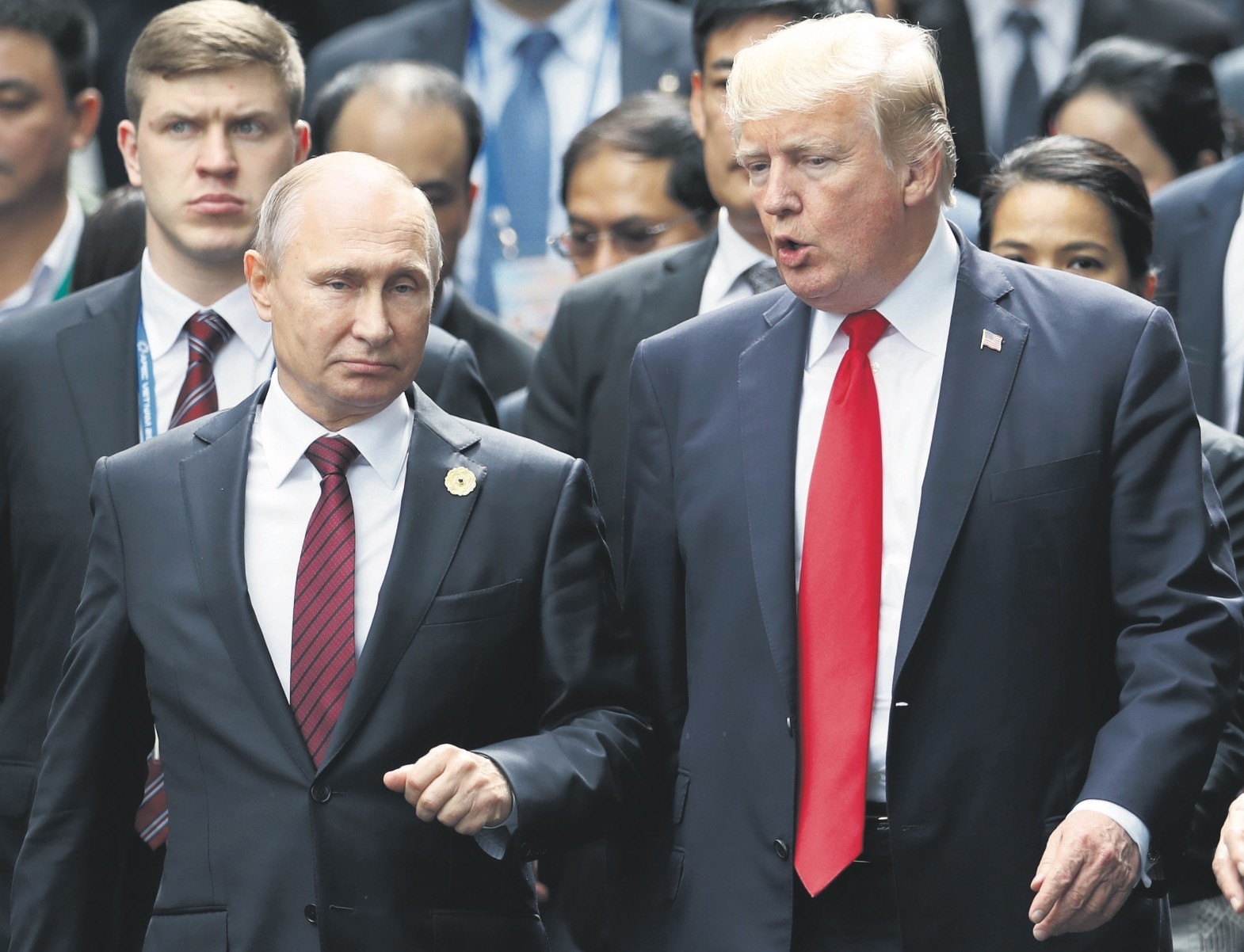 The July 16 Helsinki summit comes after the chaotic NATO summit, where worries over the widening rift between President Trump and his European allies, and his deference to Russia, loomed large

U.S. President Donald Trump, who has bickered with fellow leaders of NATO member states and accused them of not fulfilling defense funding requirements for the Western military alliance, is set to meet with Putin on Monday.

In a chaotic 28 hours at NATO, President Trump disparaged longtime allies, cast doubt on his commitment to the mutual-defense organization and sent the 29-member pact into a frenzied emergency session. Then, in a head-snapping pivot at the end, on Thursday he declared the alliance a "fine-tuned machine" that had caved to his demands to speed up increases in military spending.

Trump claimed member nations had agreed to significantly boost their defense budgets and reaffirmed — after days of griping that the U.S. was being taken advantage of by its allies — that the U.S. remains faithful to the accord. "The United States' commitment to NATO remains very strong," Trump told reporters at a surprise news conference following an emergency session of NATO members, held to address his threats.

As the July 16 Helsinki summit approaches, U.S. President Donald Trump described Russia's Vladimir Putin on Thursday as a "competitor" rather than an "enemy" and said he expected they would get along well when they hold their first summit on Monday.

Speaking before leaving Brussels where he met NATO leaders, Trump repeated an earlier remark that his meeting with Putin might be the easiest part of a trip that included the summit of the Western military alliance and his four-day visit to Britain.

Trump's comparatively warm words about Putin were particularly noteworthy given the harsh criticism he leveled at allies during the NATO summit, when he repeatedly berated European countries for spending too little on defense. He reserved his strongest criticism for Germany, with what one senior diplomat from one of Washington's NATO allies described as a "cold-blooded" assault. While he criticized plans for a big new Russian pipeline to Germany, provoking a rebuke from Moscow, his ire was directed at Chancellor Angela Merkel.

The rift between the U.S. and its European allies widened after Trump rattled his G7 allies with blistering rhetoric about their trading relationships with the U.S., and his desire to have Moscow readmitted to the G-8.

The Helsinki summit will be Trump's third face-to-face meeting with President Putin over the past year. Moscow and Washington announced the summit date after Trump's National Security Adviser John Bolton met with Putin in Moscow late June. Relations between Russia and the U.S. have sunk to their lowest point since the Cold War times over the Ukrainian crisis, the war in Syria and the allegations of Russian meddling in the 2016 U.S. presidential election. But Trump, who has been in office since last year, has pursued an ostensibly chummy relationship with Putin and has conspicuously left his stance on Crimea open to interpretation.