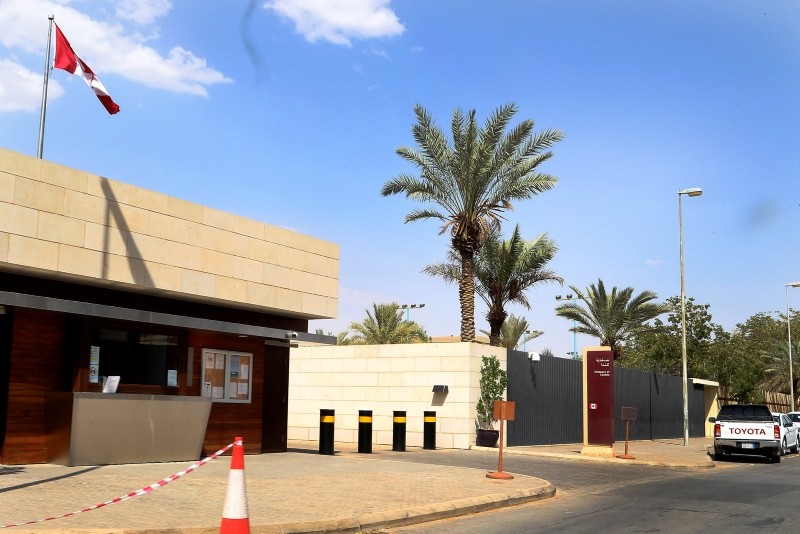 Canada's determination to place human rights at the heart of its foreign policy could cost it billions in trade with an incensed Saudi Arabia — the price of a diplomatic initiative that some observers say could pay off in the long run.

Since Riyadh announced the expulsion of Ottawa's ambassador and a severing of trade ties on Monday, several top officials have reiterated Justin Trudeau's mantra since becoming prime minister in 2015: there can be no compromise on the country's progressive principles.

"We are going to lead with our values," Finance Minister Bill Morneau said Tuesday.

"It's important that we bring Canadian values around the world, and we are going to continue to enunciate what we believe are the appropriate ways of dealing with citizens."

Canada has long pressed Saudi Arabia for the release of jailed blogger Raif Badawi, after granting asylum in 2013 to his wife and their three children.

A Twitter message calling on Riyadh to "immediately release" his sister and other women's rights activists appears to have tipped the scale.

But that so-called ethics-based approach has its downsides.

In addition to the diplomatic rupture, Saudi Arabia also suspended scholarships for more than 15,000 Saudi students in Canada with plans to relocate them to other countries, and the state airline Saudia suspended flights to Toronto.

The recall of Saudi students and relatives accompanying them could see Canada lose some $2 billion in investment from Riyadh.

Canada had been eager to boost investment and exports to Saudi Arabia as the kingdom diversifies its economy.

Saudi Arabia is its second largest export market in the Gulf behind the United Arab Emirates. In 2017, exports to the kingdom stood at $1.1 billion.

The first possible big hit Canada could suffer relates to the sale of light armored vehicles to the kingdom, worth $11.5 billion.

Foreign Minister Chrystia Freeland said Monday she "looks forward" to hearing from Riyadh about the future of the deal.

The clash with the Saudis is not the first time Canada risked losing major business over its "rights first" diplomacy.

Canada's insistence on environmental protections in new trade deals has also made negotiations harder, for example, with the United States and Mexico, and with China.

"There is a moment when politically we must make choices," said Ferry de Kerckhove, a professor at the University of Ottawa.

"It is clear that, in the eyes of the world, there is a perception of Canada as one of the last bastions of the defense of the international liberal order, both economic, political and social," he told French Press Agency (AFP).

And while it may cost Canada a few business deals, its rights-based diplomatic demarches have more benefits than long-term drawbacks, according to Bessma Momani, a professor at the University of Waterloo.

"Even for Arab business leaders, when they sign a contract with Canada, they know from their own experience, from hearing from a cousin, an uncle, that Canada is a multicultural society that respects human rights," she said.

"For all of those lost deals with authoritarian governments resulting from our human rights-centric policy, there's a whole host of contracts that we are getting because we honor human rights."

But other analysts questioned what, if anything, Canada has gained by squaring off with Riyadh.

"This has nothing to do with human rights. That's just a poor excuse," Amir Attaran, a professor at the University of Ottawa, told AFP.

"There are geopolitics at play, particularly the strategic and theocratic rivalry between Saudi Arabia and Iran. And Saudi Arabia is taking aim at Canada over Trudeau's refusal to endorse sanctions on rival Iran."

"Was our objective to mitigate the circumstances for Mr. Badawi? If so, we failed. Was it to influence the broader direction of Saudi Arabia? I don't think we achieved that," he said.

"Have we advanced any Canadian interests? No. It was a total failure."