Russia to respond in kind if US makes intermediate missiles, Kremlin says 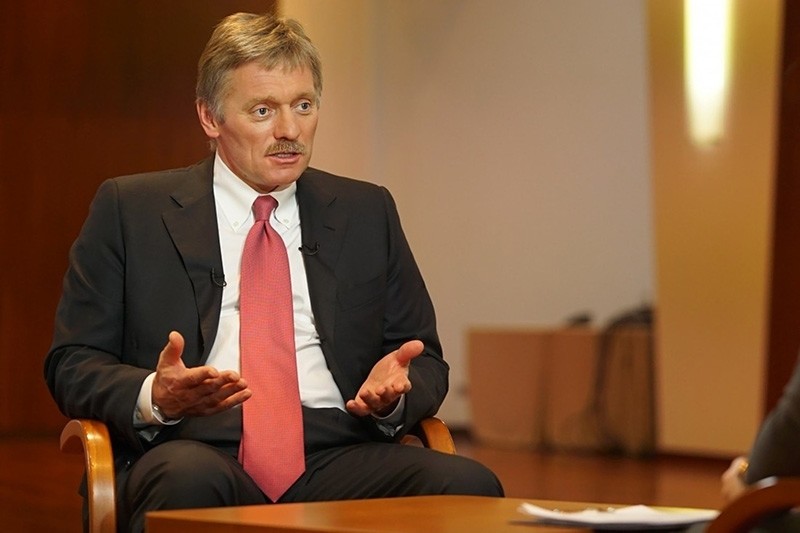 The Kremlin said on Monday that Russia would be forced to respond in kind if the United States began developing new missiles after quitting a landmark Cold War-era treaty.

President Donald Trump said on Saturday that Washington would withdraw from the Intermediate-Range Nuclear Forces Treaty because Russia was violating the pact, triggering a warning of retaliatory measures from Moscow.

The treaty, signed by then-President Ronald Reagan and Soviet leader Mikhail Gorbachev in 1987, required the elimination of short-range and intermediate-range nuclear and conventional missiles by both countries. Its demise would raise the possibility of a spiraling arms race.

Kremlin spokesman Dmitry Peskov told reporters on Monday that the U.S. move would make the world a more dangerous place and said Russia would be forced to act to restore the balance of military power if Washington quit the pact and started developing new missiles.

"This is a question of strategic security. Such measures can make the world more dangerous," Peskov said of the planned U.S. withdrawal.

President Vladimir Putin had repeatedly said that the demise of the treaty would force Russia to take specific steps to protect its own security, Peskov said.

"It means that the United States is not disguising, but is openly starting to develop these systems in the future, and if these systems are being developed, then actions are necessary from other countries, in this case Russia, to restore balance in this sphere," said Peskov.

There was a six-month period for the United States to withdraw from the treaty after Washington gave official notification it was leaving, he said, something he noted it had not yet done.

That meant the question of Russia developing its own new intermediate-range missiles — something Washington accuses it of doing anyway — was not "for today or tomorrow," he said.

Trump's national security adviser John Bolton is due to hold talks with senior officials in Moscow later on Monday and to meet Putin on Tuesday.

Peskov said Trump's decision to quit the pact would obviously be a subject for discussion and that Moscow was looking for a detailed explanation for why Washington had decided to turn its back on the treaty.

Russia denied U.S. accusations it had breached the treaty, said Peskov, alleging that the United States had been steadily undermining it.

"Putin has said many times said the United States de facto is taking measures that are eroding the conditions of this treaty," said Peskov, referring to strike drones and anti-missile systems capable of destroying short- and intermediate-range rockets.

Both China and France on Monday criticized Trump's decision to withdraw the U.S. from the treaty.

"This treaty has played an important role in easing international relations, advancing the process of nuclear disarmament, and even maintaining a global strategic balance and stability," said spokeswoman Hua Chunying.

"What needs to be emphasized is that it is completely wrong to involve the Chinese side into the withdrawal from the treaty," she said. U.S. officials have said the treaty limits what the U.S. can do in response to Chinese medium-range missiles.

French President Emmanuel Macron stressed the importance of the treaty during a phone call with Trump, his office said Monday.

"The president noted the importance of this treaty, in particular for European security and our strategic stability," Macron's office said of the call between the two leaders on Sunday.

The disputes comes ahead of what is expected to be a second summit between Trump and Putin this year, though no date has yet been set.

The Trump administration has complained specifically about Moscow's deployment of Novator 9M729 missiles, which Washington says fall under the INF's ban on missiles that can travel distances of 310 to 3,400 miles (500 to 5,500 kilometers).