Putin and Trump to meet briefly in Paris before G20, Kremlin says 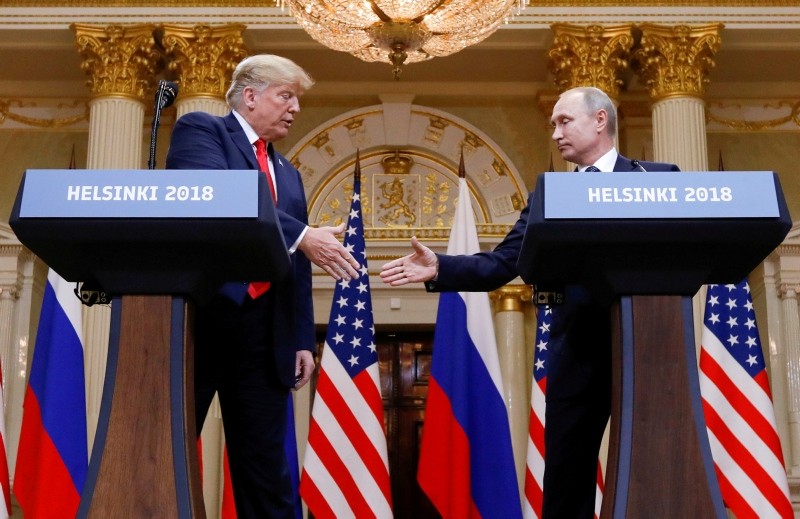 Russian President Vladimir Putin and U.S. President Donald Trump will meet briefly in Paris next week, a Kremlin spokesman said on Tuesday, and U.S. officials said such a meeting was likely.

The two leaders, who plan to attend events in Paris to commemorate the centenary of the end of World War One, would discuss possible bilateral talks at a later date, Kremlin spokesman Dmitry Peskov said.

In Washington, U.S. officials said Trump was likely to have a brief meeting with Putin, but that a proper bilateral meeting would be held at the summit of the Group of 20 nations in Argentina at the end of the month.

Trump said on Monday that he was not sure he would meet with Putin in Paris. "I'm not sure we'll have a meeting in Paris. Probably not," he told reporters.

Putin and Trump have not met face-to-face since a bilateral meeting in July in Helsinki that stirred concerns in the United States that Trump was cozying up to the Kremlin.

Trump's national security adviser, John Bolton, said last month the Paris meeting would be brief and more of "a base-touching exercise" during which the two leaders will discuss whether Putin would accept Trump's invitation to come to Washington.

Last week, a Kremlin aide said Putin and Trump would meet for a long session on the sidelines of the Nov. 30 to Dec. 1 G20 summit in Argentina.