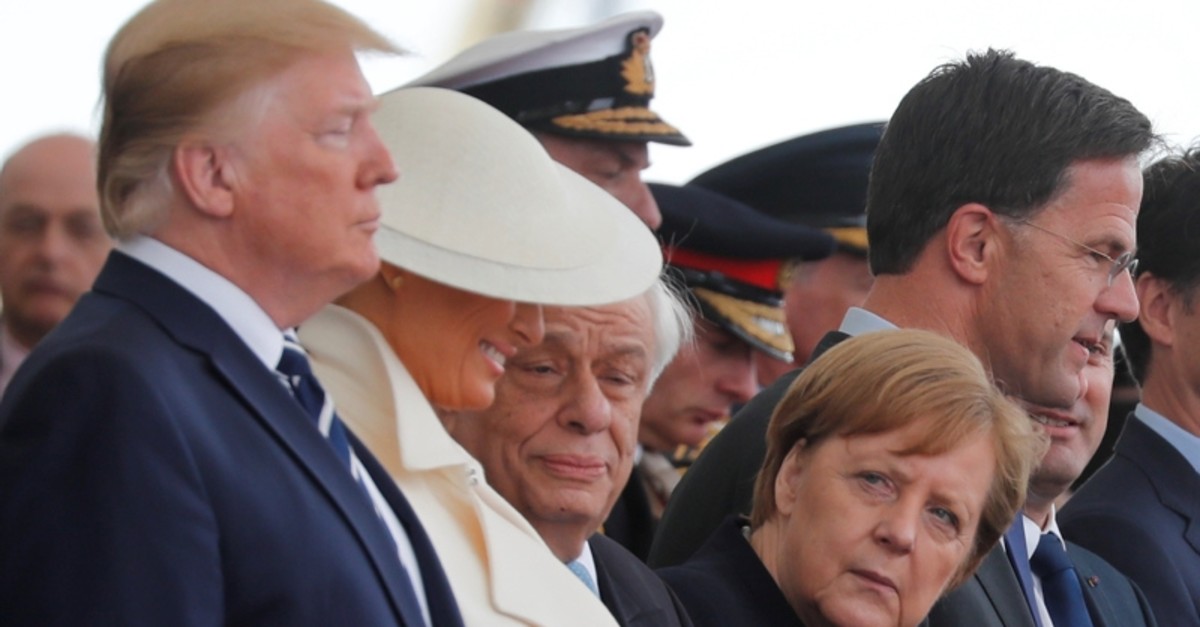 German Chancellor Angela Merkel and U.S. President Donald Trump met in the southern English city of Portsmouth on Wednesday, following a commemoration of the 75th anniversary of the D-Day landings in World War II.

"President Trump and Chancellor Merkel had a pull-aside meeting for about 10 minutes," Sanders said.

"The two leaders discussed the current situation in Libya and the deteriorating conditions in West Africa."

She said Trump and Merkel agreed to "discuss [the issues] further" at the G-20 summit in Japan later this month.

The United Nations expressed concern in late May over attacks on civilians and civil facilities in the Libyan capital Tripoli, which has been at the center of fighting between rival forces for more than a month.

Queen Elizabeth II and world leaders gathered Wednesday on the south coast of England to honor the troops who risked and sacrificed their lives 75 years ago on D-Day, a bloody but ultimately triumphant turning point in World War II.

Across the Channel, American and British paratroopers dropped into northwestern France and scaled cliffs beside Normandy beaches, recreating the daring, costly invasion that helped liberate Europe from Nazi occupation.

With the number of veterans of World War II dwindling, the guests of honor at an international ceremony in Portsmouth were several hundred men, now in their 90s, who served in the conflict — and the 93-year-old British monarch, also a member of what has been called the "greatest generation."

The queen, who served as an army mechanic during the war, said that when she attended a 60th-anniversary commemoration of D-Day 15 years ago, many thought it might be the last such event.

About 300 World War II veterans, aged 91 to 101, attended the ceremony in Portsmouth, the English port city from where many of the troops embarked for Normandy on June 5, 1944.