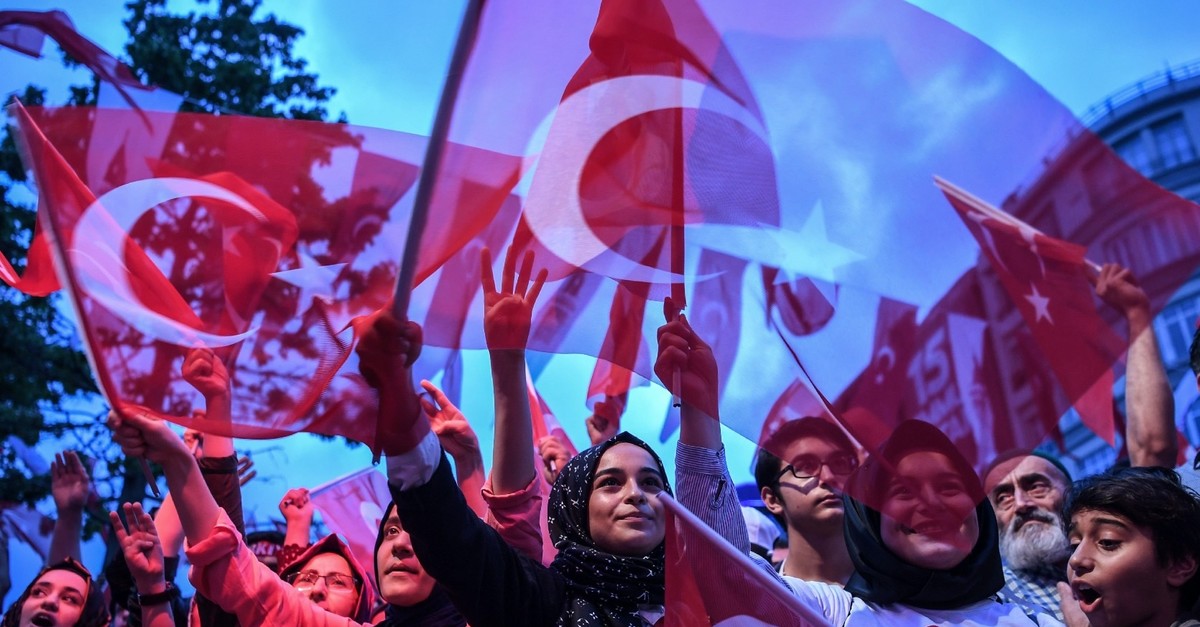 The Turkish people's success repelling the July 15 coup attempt, orchestrated by the Gülenist Terror Group (FETÖ), seems to be an inspiring moment for the region while vexing for its rulers, who keep their peoples under the shadow of guns

The Middle East and North Africa as well as the Balkans and the Caucasus, in short, Turkey's surrounding regions, witnessed a miracle on July 15, 2016. A people resisted and defeated a coup attempt. It was an inspiring moment for the peoples of the region but a very vexing development for certain actors, who ascended to their posts through coups or by receiving aid from the military. The Turkish people's victory was welcomed by the region's peoples but seemed disappointing for many governments.

Turkish people are familiar with coups since they suffered from them several times. In 1960, 1971, 1980 and 1997 the country faced the brutal face of the military, which took over power from civilian authorities under the pretext of preserving the regime and certain values like secularism. Three years ago, today, once again people saw military vehicles and soldiers on the streets. The state television broadcaster, TRT, was raided by putschists and it was announced that the military was now in power.

However, this time, it was a bit different from previous coups. President Recep Tayyip Erdoğan made an announcement, saying that all officials of the Turkish Armed Forces (TSK) were not involved in the coup but it was orchestrated by a specific group, the Gülenist Terror Group (FETÖ). Some 251 people were killed and nearly 2,200 were injured in the attempt.

Erdoğan's call for resistance was welcomed by the people as thousands took the streets to turn away the coup attempt. When FETÖ-linked officials were ordering soldiers to fire at unarmed people, there was joy in some countries. For instance, certain Egyptian media outlets were announcing that Erdoğan was overthrown by the military. Despite the fact that the coup was stopped the next morning, some Egyptian newspapers were celebrating the Turkish army's victory in their headlines. Some of them misused photos of protesters against the coup as though they were celebrating the military takeover.

After it became clear that the coup had failed, there was no Arab country, except Qatar, which congratulated the Turkish government and people on their combat against the putschists. After a while, certain Arab countries and the Gulf Cooperation Council (GCC) made half-hearted statements, condemning the coup attempt.

The Turkish government has been rejecting the legitimacy of certain Arab governments, primarily that of Egypt, on the grounds that the military had overrun civil authorities and undermined democratic values. If the coup attempt had been successful, it would be a source of legitimacy for the current coup leaders in the region and an encouraging development for new ones.

Most of the Arab peoples consider the Turkish people's victory inspiring. Besides Gulf countries, which impose an authoritarian monarchy over their peoples, Egypt, Sudan, Libya and many others are under military rule. While the people's main desire is to have a well-functioning democracy under civil authorities, armed groups continue to impose their dominance in the region. Therefore, Turkey's success in defeating the July 15 coup attempt seems to be disappointing for the dominant powers.