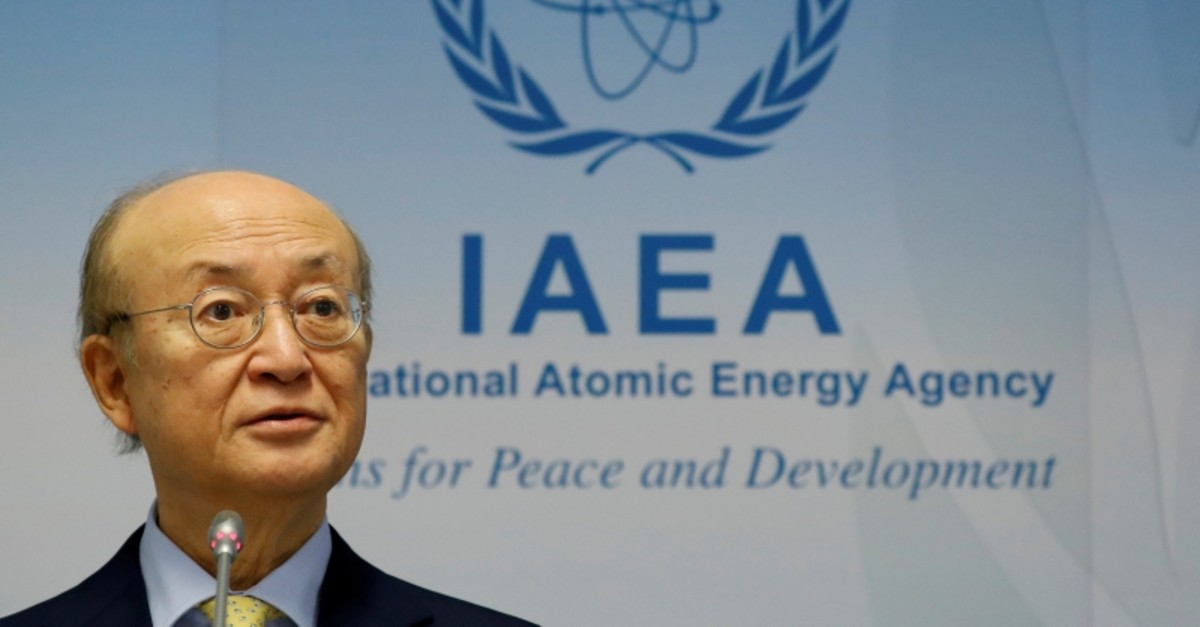 International Atomic Energy Agency (IAEA) Director General Yukiya Amano addresses a news conference during a board of governors meeting at the IAEA headquarters in Vienna, Austria March 4, 2019. (Reuters Photo)
by Compiled from Wire Services Jul 22, 2019 10:30 am

The head of the UN's nuclear watchdog, Yukiya Amano, has died after suffering poor health for some time, the International Atomic Energy Agency said on Monday, as international tensions run high over Iran's nuclear activities.

The longtime Japanese diplomat, who was 72, held the IAEA's top job since December 2009.

"The secretariat of the International Atomic Energy Agency regrets to inform with deepest sadness of the passing away of Director General Yukiya Amano," the IAEA said in a statement, without saying when he died.

During his tenure, Amano oversaw the signing of a landmark deal in 2015 between Iran and six major powers -- Britain, China, France, Germany, Russia and the United States -- under which Iran agreed to curb its nuclear program in exchange for the lifting of sanctions.

But international tensions with Iran have been rising since U.S. President Donald Trump unilaterally pulled out of the deal in May 2018.

Amano's third term as IAEA chief had originally been due to expire in November 2021, but he had been expected to announce his intention to step down early because of health reasons.

Iran's deputy foreign minister on Monday expressed his condolences over Amano's death. Seyed Abbas Araghchi tweeted that he had worked very closely with Amano and has commended his skills and professionalism on the job as head of the IAEA.

He said their work together confirmed Iran's full compliance with Joint Comprehensive Plan of Action. In response to the U.S. pullout from the plan and heavy sanctions, Iran has recently inched past limits of its uranium enrichment set out in the accord.

The European Union's foreign policy chief Federica Mogherini tweeted Monday that she was saddened by Amano's death and called him "a man of extraordinary dedication & professionalism, always at the service of the global community in the most impartial way."

The IAEA said its flag over its headquarters in Vienna had been lowered to half-mast.