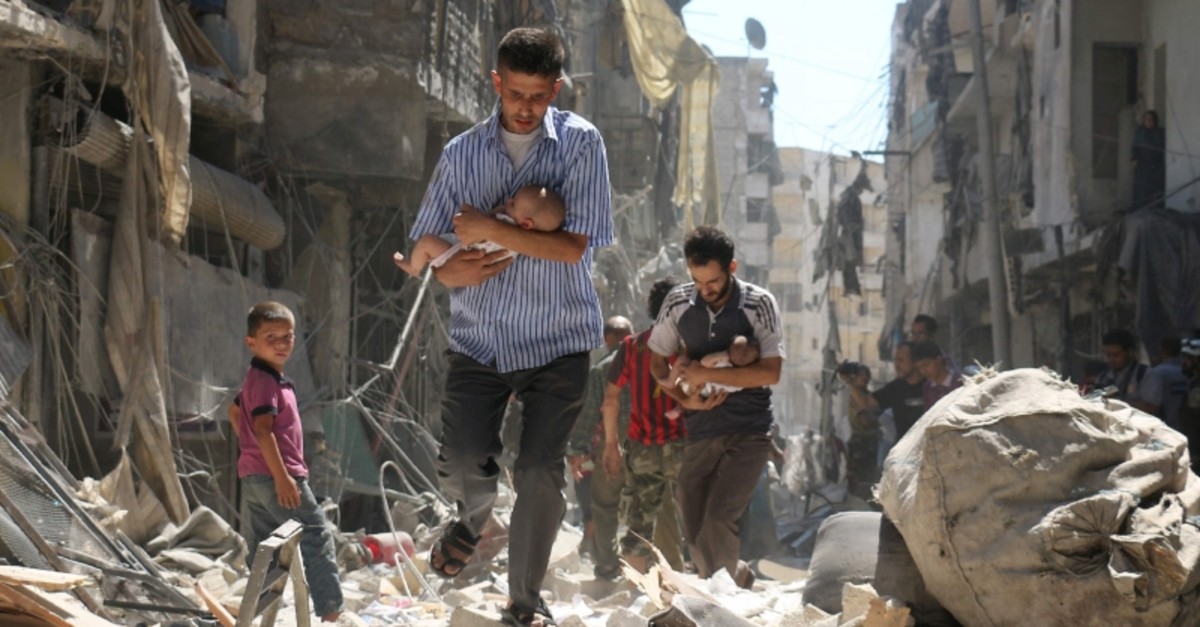 Syrian men carrying babies make their way through the rubble of destroyed buildings following a reported air strike on the opposition-held Salihin neighbourhood of the northern city of Aleppo, on September 11, 2016 (AFP Photo)
by Jul 30, 2019 7:21 pm

More than 12,000 children were killed or maimed in armed conflicts in 2018, according to a report from U.N. Secretary-General Antonio Guterres released on Tuesday.

The U.N. also verified more than 24,000 grave violations against children in 2018. This figure includes sexual violence, attacks on schools and hospitals and the recruitment of child soldiers.

Guterres said he was "disheartened" by the increasing number of grave violations, which was up from around 21,000 in 2017.

He added that he was "appalled" by the number of children killed and maimed, in a statement released by his spokesman. This number also increased from an estimate of at least 10,000 in 2017.

The report also noted an "alarming increase" in violations committed by state actors and international forces - as opposed to non-state armed groups - compared to the 2017 numbers.

Some 3,000 child casualties were counted in Afghanistan, around 1,800 in Syria and around 1,600 in Yemen, as fighting continued in those conflicts.

More than 7,000 children were recruited as child soldiers worldwide in 2018, with the highest numbers recorded in Somalia, Nigeria and Syria. Guterres also noted that Somalia had the highest number of reported instances of sexual violence against children and kidnappings in 2018.