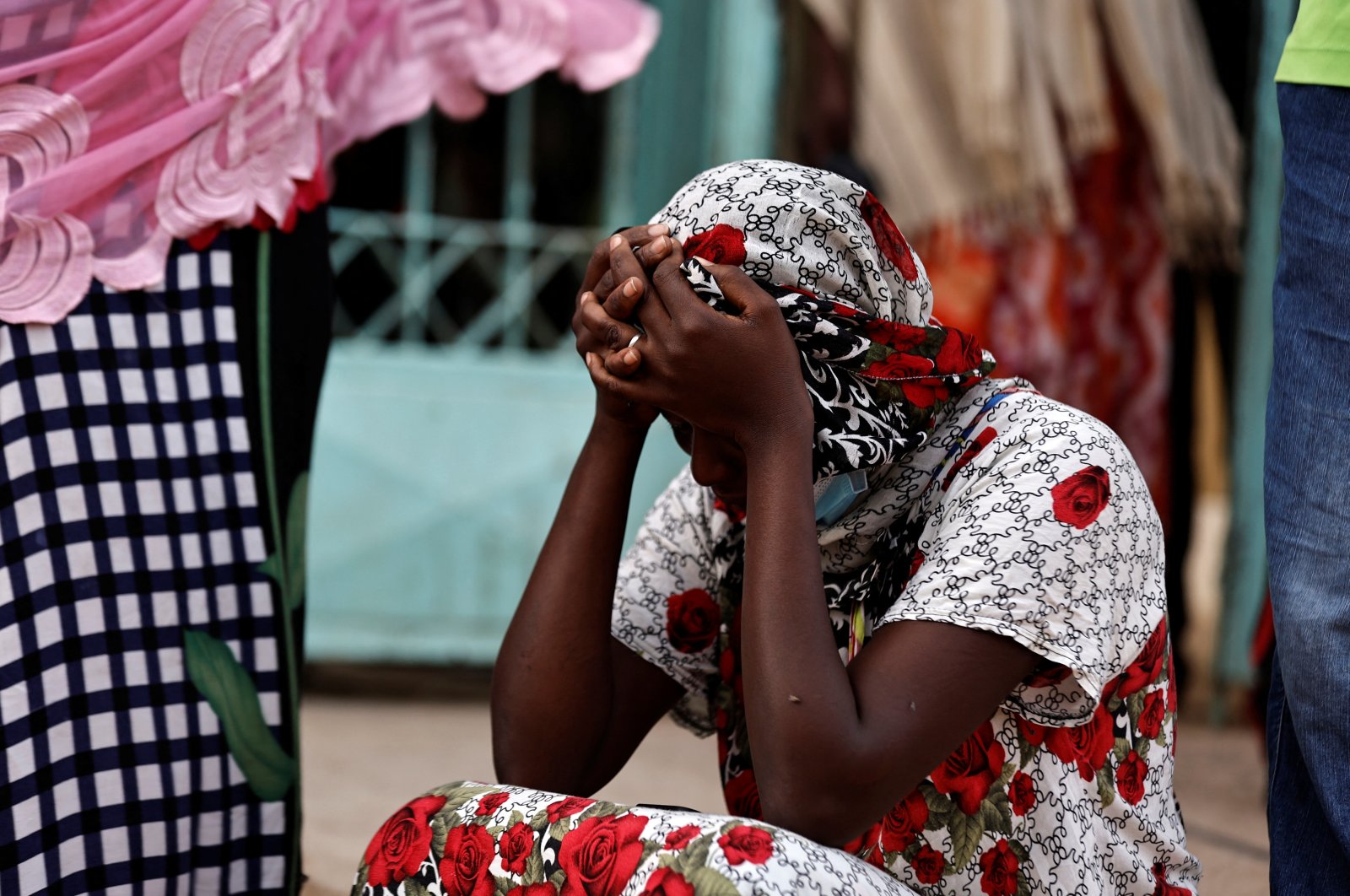 Kaba, a mother of a ten-day-old baby, reacts as she sits outside the hospital, where newborn babies died in a fire at the neonatal section of a regional hospital, Tivaouane, Senegal, May 26, 2022. (Reuters Photo)
by Agencies May 26, 2022 8:49 am
RECOMMENDED

"I have just learned with pain and consternation the death of 11 newborn babies in the fire that occurred in the neonatology department of the Mame Abdou Aziz Sy Dabakh hospital in Tivaouane," Sall said in a tweet without giving further details about the fire.

"To their mothers and their families, I express my deepest sympathy," he added.

Health Minister Abdoulaye Diouf Sarr, who was in Geneva attending a meeting with the World Health Organization, said he would return to Senegal immediately. He also said on private Senegalese television TFM that "according to preliminary investigation, a short circuit triggered the fire."

"This situation is very unfortunate and extremely painful," he said. "An investigation is under way to see what happened."

The tragedy in Tivaouane comes after several other incidents at public health facilities in Senegal, where there is a great disparity between urban and rural areas in health care services.

In the northern town of Linguere in late April, a fire broke out at a hospital and four newborn babies were killed. The mayor of that town had cited an electrical malfunction in an air conditioning unit in the maternity ward.

Wednesday's accident also comes over a month after the nation mourned the death of a pregnant woman who waited in vain for a Caesarean section.

The woman, named Astou Sokhna, had arrived at a hospital in the northern city of Louga in pain. The staff had refused to accommodate her request for a C-section, saying that it was not scheduled. She died April 1, 20 hours after she arrived.

Sokhna's death caused a wave of outrage across the country on the dire state of Senegal's public health system, and Sarr acknowledged two weeks later that the death could have been avoided.

Three midwives on duty the night Sokhna died were sentenced on May 11 by the High Court of Louga to six months of suspended imprisonment for "failure to assist a person in danger" in connection to her case.

Amnesty International's Senegal director Seydi Gassama said his organisation had called for an inspection and upgrade for neonatology services in hospitals across Senegal after the "atrocious" death of the four babies in Linguere.

With Wednesday's fresh tragedy, Amnesty "urges the government to set up an independent commission of inquiry to determine responsibility and punish the culprits, no matter the level they are at in the state apparatus," he tweeted.

Opposition lawmaker Mamadou Lamine Diallo also responded with outrage to the Tivaouane blaze that killed the babies. "More babies burned in a public hospital... this is unacceptable @MackySall," he said.

"We suffer with the families to whom we offer our condolences. Enough is enough."