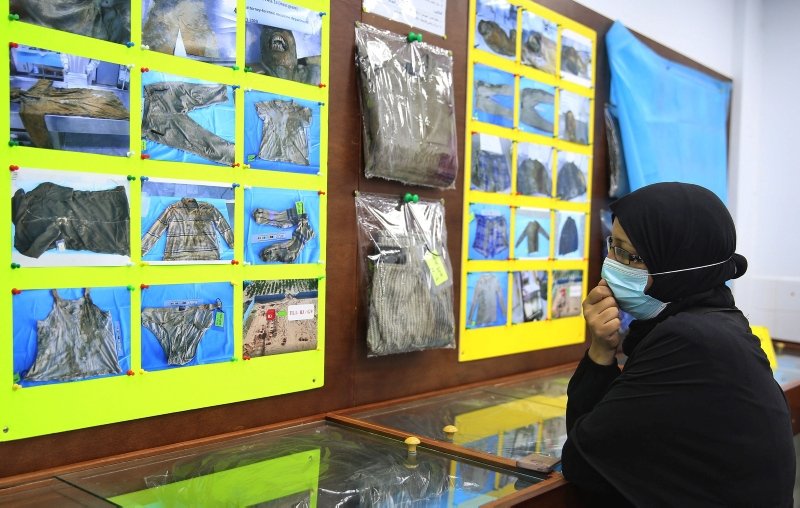 Libyan authorities continue to identify the names of victims found in mass graves in the city of Tarhuna and have launched an exhibit in Tripoli with the personal belongings of the victims.

The exhibit has been launched in the University of Tripoli Hospital’s Forensic Medicine Department. It contains clothes, underwear, jewelry, socks, photos and other personal belongings of 27 corpses unearthed in Tarhuna.

Some of the clothes found in the graves include children’s clothes, Anadolu Agency (AA) reported, adding that the families of the victims have to visit the site to identify their relatives and loved ones.

If identified, the families or relatives of individuals found in mass graves want to bury them and hold religious funeral ceremonies.

Abdulhakim Abu Name, the president of the association for families of lost people in Tarhuna, told AA that his brother has been missing since Nov. 14, 2019, when he was abducted by the al-Kaniyat militia. He noted that they visited the exhibit to find a trace of his brother but could not find anything.

“My brother Abu Bakr was a trader; he had no business in state affairs. I told him to leave Tarhuna, but he told me that he was not a soldier and was not involved in politics,” Abu Name said.

He continued by saying that the al-Kaniyat militia led by seven brothers mostly targeted civilians, including women and children. He also noted that the al-Kaniyat, a pro-putschist Gen. Khalifa Haftar militia, targeted everyone who did not support him.

Libyan authorities have identified eight out of 27 corpses recently found in Tarhuna and will hold second and third exhibits to identify more corpses, according to Dr. Ilyas al-Hamrouni, the head of the mass grave excavation delegation.

The exhibits work as a secondary means to identify corpses, besides the DNA samples, according to al-Hamrouni.

The city of Tarhuna, a gateway to Libya’s center and east had for years been controlled by the Kaniyat militia run by the local al-Kani family, which fought alongside Haftar’s eastern-based illegitimate forces. It adopted the name Ninth Brigade when the militia joined forces with Haftar.

The Libyan government has been battling Haftar's forces since April 2019 in a conflict that has claimed thousands of lives.

On Oct. 23, the warring parties agreed to a cease-fire under United Nations mediation to pave the way for political dialogue and a settlement. However, Haftar militias have regularly breached the cease-fire.