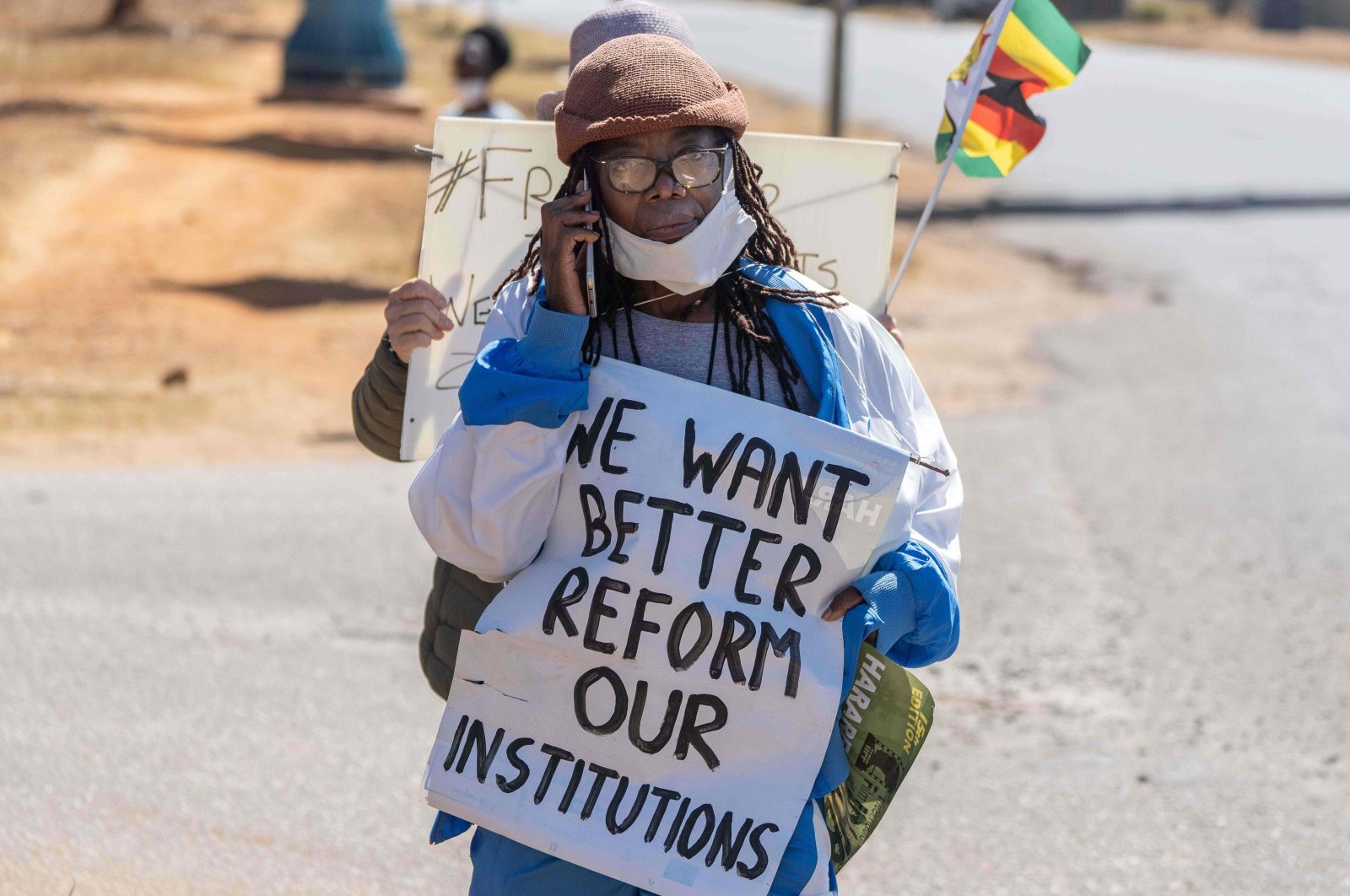 Scores of people were arrested Friday in Zimbabwe as hundreds of military troops, as well as the police, attempted to thwart an anti-government protest, with streets empty and many people hiding indoors.

Tensions are rising in Zimbabwe as the economy implodes. Inflation is more than 700%, the second-highest in the world. Now the coronavirus burdens the nation's threadbare health system.

Police arrested countless people who tried to hold low-key protests, Zimbabwe Lawyers for Human Rights said. They included prominent author Tsitsi Dangarembga and Fadzayi Mahere, spokesperson of the main opposition MDC Alliance party. Charges against them were not yet clear, the lawyers said.

President Emmerson Mnangagwa has described the planned protest as "an insurrection to overthrow our democratically elected government.” He warned that security agents "will be vigilant and on high alert.”

Speaking at the burial Friday of a cabinet minister who died from COVID-19, Mnangagwa did not directly refer to the protest but called for unity and urged Zimbabweans to shun violence.

The normally teeming downtown capital, Harare, was deserted as soldiers and police patrolled and manned checkpoints. An army helicopter hovered over some of the capital's poor, volatile suburbs. Security forces on Thursday drove people out of the city and forced businesses to close.

"So both the government and the people are afraid of protests more than coronavirus,” chuckled a security guard, walking along an empty road. "I have never seen these security people so effective, and the people so compliant, even during those days of the complete lockdown."

The southern African country had gradually relaxed its lockdown to allow for some commercial activity, but it continues to ban protests as part of lockdown rules.

The opposition and human rights groups have said they witnessed abuses such as arrests, detentions, beatings and the stalking of activists and ordinary people accused of violating the lockdown ahead of the planned protest.

Police and government spokespeople have dismissed the allegations, even as a prominent journalist and a politician behind the protest have spent close to two weeks in detention.

Mnangagwa’s administration accuses the U.S. government of funding the two men and other activists involved in mobilizing the protest, with a ruling party spokesperson this week calling the U.S. ambassador a "thug.”

Anti-government protests in Zimbabwe in 2018 and 2019 resulted in the killing of several people, allegedly by the military.

The pandemic has brought a new layer of suffering.

In public hospitals, doctors and nurses are frequently on strike and infrastructure is so dilapidated that "unborn children and mothers are dying daily,” according to the Zimbabwe Society of Obstetricians and Gynecologists.

The World Food Program this week projected that the number of Zimbabweans facing food insecurity could reach 8.6 million by the end of the year.

That would be "a staggering 60% of the population - owing to the combined effects of drought, economic recession and the pandemic,” the WFP said, appealing for more money to intervene.