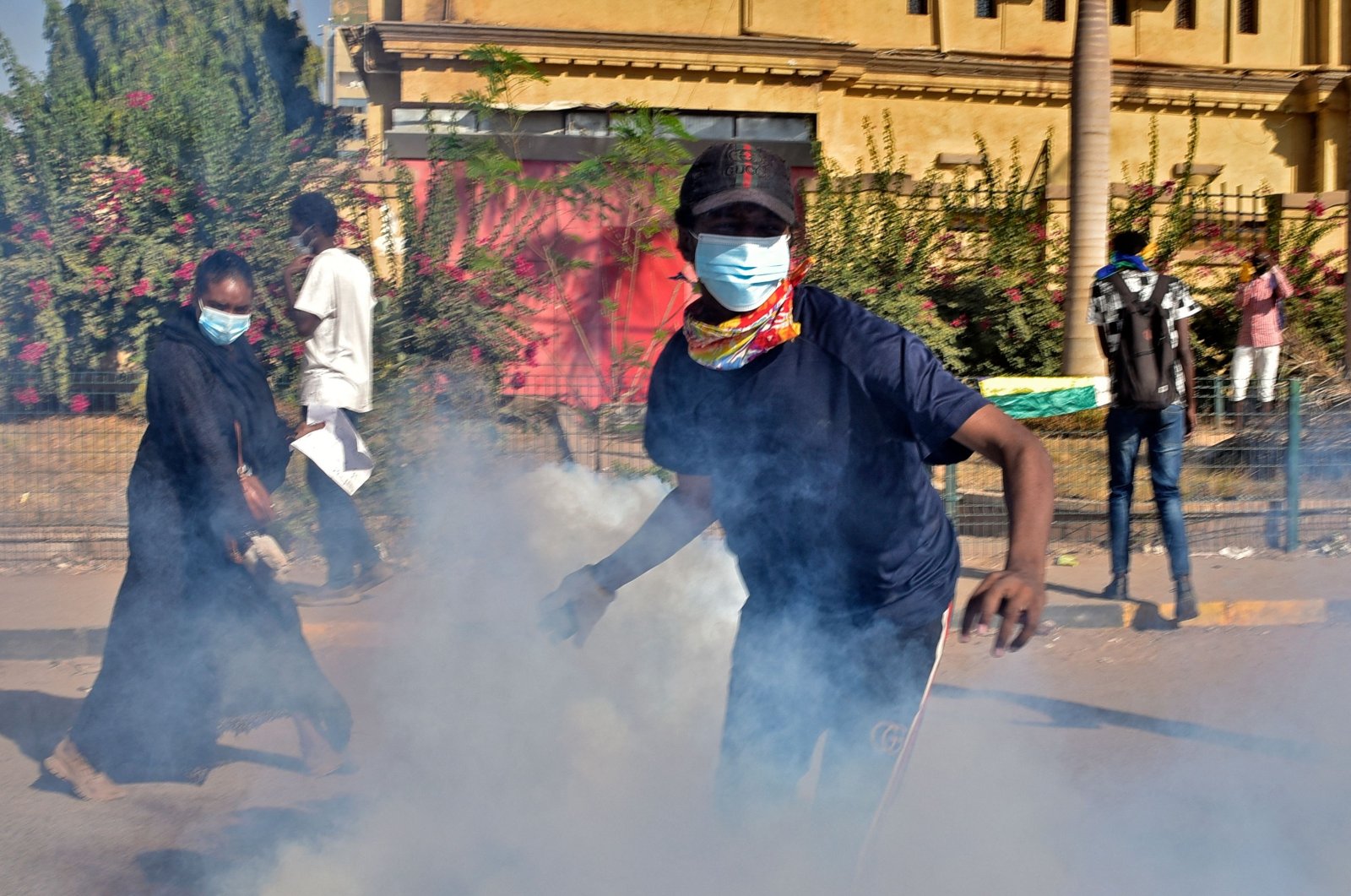 Protesters got hit by tear gas by Sudanese security forces Tuesday as they rallied against last month's military takeover and a deal that saw the prime minister reinstated after his ouster in the coup, witnesses said

Thousands of demonstrators gathered in central Khartoum and marched on the presidential palace when security forces fired tear gas to disperse them, they said.

Security forces were stationed around the palace to prevent demonstrators from approaching.

"No partnership, no negotiation, no legitimacy," protesters chanted, urging the military "to go back to their barracks."

Critics lambasted the agreement as "whitewashing" and accused Hamdok of "betrayal" as pro-democracy activists vowed to maintain pressure on the military-civilian authority.

At least 43 people have been killed in anti-coup protests since last month, according to medics.

Doctors have accused security forces of using live rounds but police denied the allegations saying it only used "minimum force" to disperse protests.

The Sudanese Professionals Association (SPA), an umbrella of unions that called for Tuesday's protests, accused Hamdok and Burhan of seeking to "reproduce the former regime" of President Omar al-Bashir who was ousted in April 2019 following mass protests.

"Taking to the streets is a clear and decisive response to the putschists' nonsense," said the SPA, which was also instrumental in the anti-Bashir protests.

Hamdok, who has been prime minister in the transitional government since the ouster of long-time autocratic ruler Bashir, has defended the deal signed on Nov. 21.

He has told local media he had partnered with the military to "stop the bloodshed" and to "not squander the gains of the last two years."

The Burhan-Hamdok agreement was welcomed by the United Nations, African Union, Western countries as well as Arab powerhouses Saudi Arabia and Egypt, which have strong ties with the Sudanese military

The military has vowed to release detainees kept in custody since the coup and several politicians have since been freed.

Burhan has also pledged to lead Sudan to "free and transparent elections" in July 2023.

He has insisted the military's move "was not a coup" but a step "to rectify the transition."