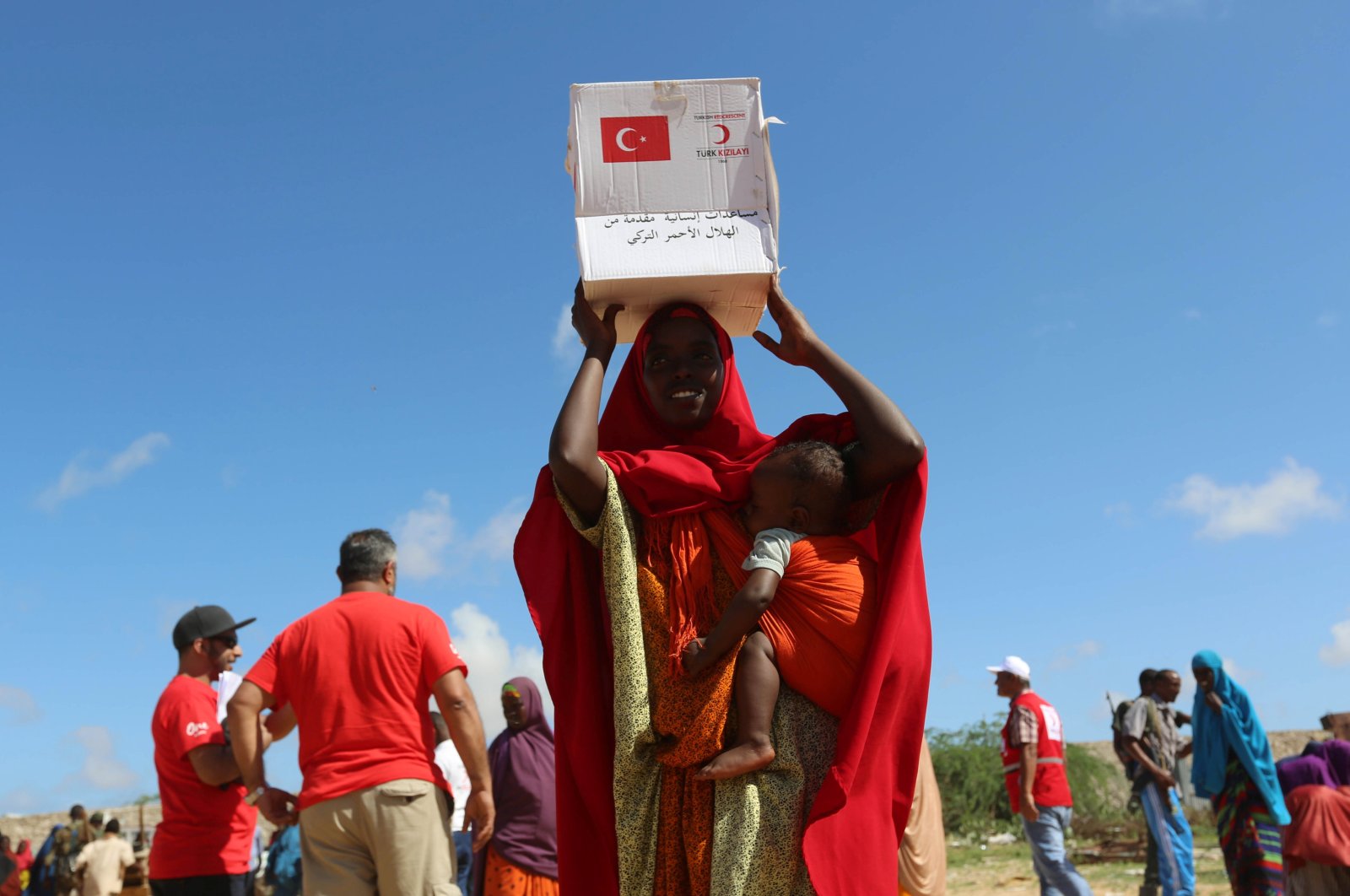 A displaced Somalian woman carries a box of food distributed by the Turkish Red Crescent in a camp in Mogadishu, Somalia, May 23, 2017. (REUTERS)
by Anadolu Agency Apr 25, 2021 1:13 pm
RECOMMENDED

The Turkish Red Crescent (Kızılay) distributed humanitarian aid to the Somalian people in the capital Mogadishu on Saturday.

Turkish Red Crescent officials in Somalia who spoke to Anadolu Agency (AA) said the group distributed more than 500 parcels of food to people in need, including those who are internal displaced in the capital.

The Turkish Red Crescent will continue to disperse food in Somalia during the Muslim holy month of Ramadan and plans to give out 7,000 parcels.

More than 116,000 Somalis have been displaced due to extreme water shortages since October 2020, according to a joint statement by the U.N. and Somali government earlier this month.

Most parts of the country are facing critical water shortages, with more than 50 districts reporting moderate to severe drought conditions, according to the country and U.N. office.

Turkish Red Crescent President Kerem Kınık said on Friday that they aim to reach around 1 million people in 18 countries over the course of the month of Ramadan.

Explaining that aid is primarily provided to countries battling war, disaster and poverty, Kınık said: "We are in countries such as Yemen, Somalia, Sudan, Iraq and Syria. On the other hand, our activities continue in Bosnia and Herzegovina, Bulgaria and other Balkan countries as well.”

Kınık added that the organization also provides people with hygiene products and personal protective equipment along with the steady supply of food.