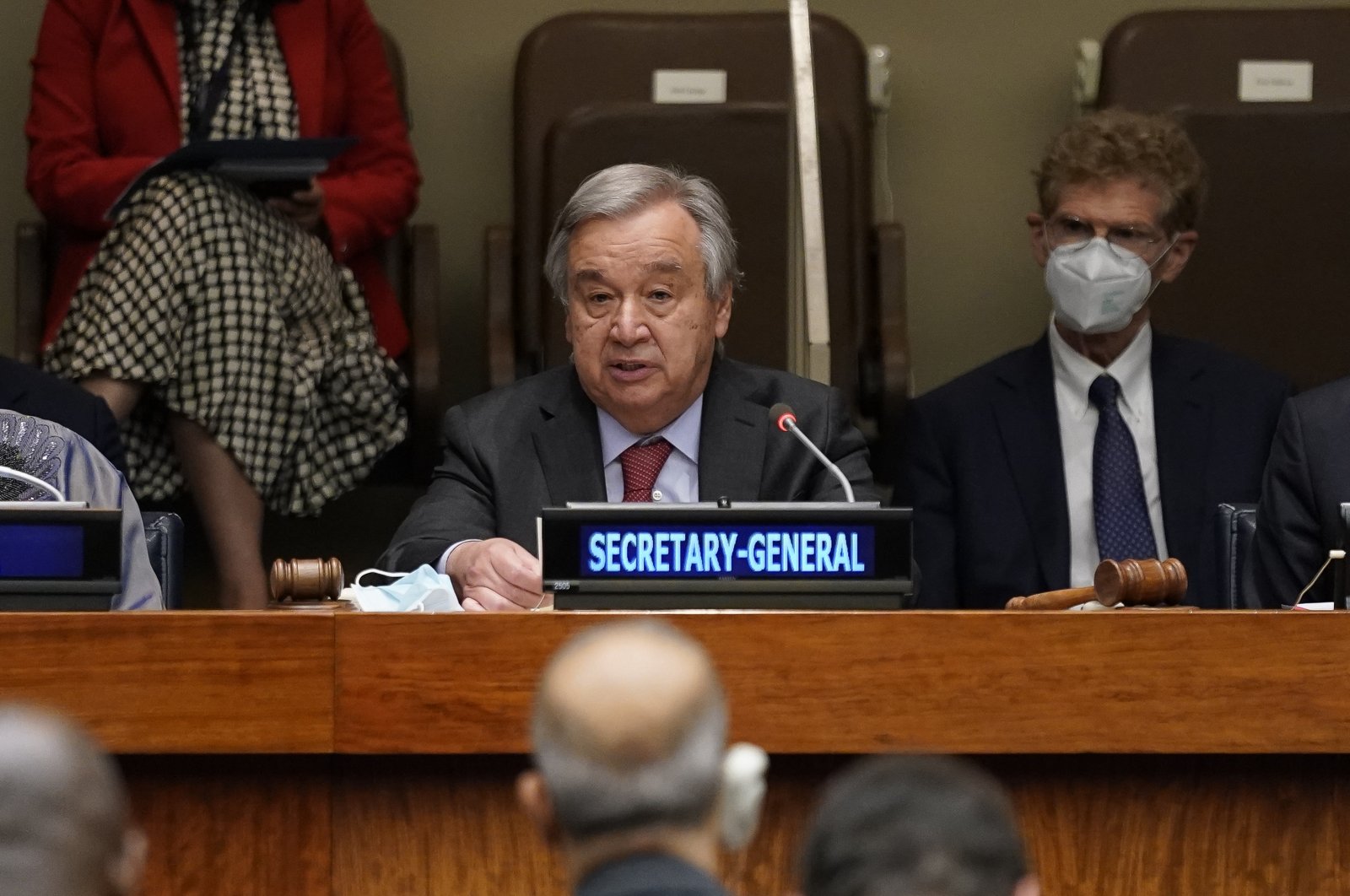 United Nations Secretary-General Antonio Guterres speaks as U.S. Secretary of State Antony Blinken chairs a ministerial meeting on growing food insecurity around the world, which has been exacerbated by Russia's war on Ukraine, Wednesday, May 18, 2022. (AP File Photo)
by Agencies May 25, 2022 8:46 am
RECOMMENDED

United Nations Secretary-General Antonio Guterres is calling on all sides to determine a new date for elections in Libya.

"A clear, consensual path to elections is, now more than ever, a political necessity," Guterres told the U.N. Security Council in a report obtained by Deutsche Presse-Agentur (dpa).

The situation in Libya is tense after a presidential election, seen as crucial for reestablishing stability in the oil-rich country, did not take place as scheduled in December amid wrangling among rivals over electoral rules.

"The aspirations of the people of Libya to choose their leaders through fair, credible and inclusive democratic elections, and to live in a united, peaceful and stable country must be met," he said, adding that the support of international partners, such as the European Union, is also important.

A new date for the elections has yet to be set.

The country is divided into two governments, one under Prime Minister Abdul Hamid Dbeibah, and one under former Interior Minister Fathi Bashagha.

"Libyan institutions and political leaders have the responsibility to resume the electoral process as soon as possible," Guterres said.

Tension has mounted in Libya since parliament in March gave confidence to a new government headed by Bashagha, while Dbeibah insists on remaining at his post as the country's prime minister.

Libyans are waiting for the stalled elections to take place in the hope that the vote will contribute to ending years of armed conflict that have plagued the oil-rich country.

Libya plunged into chaos after a NATO-backed 2011 uprising toppled longtime dictator Moammar Gadhafi. For years, it has been split between rival administrations in the east and the west, each supported by an array of militias and foreign governments.