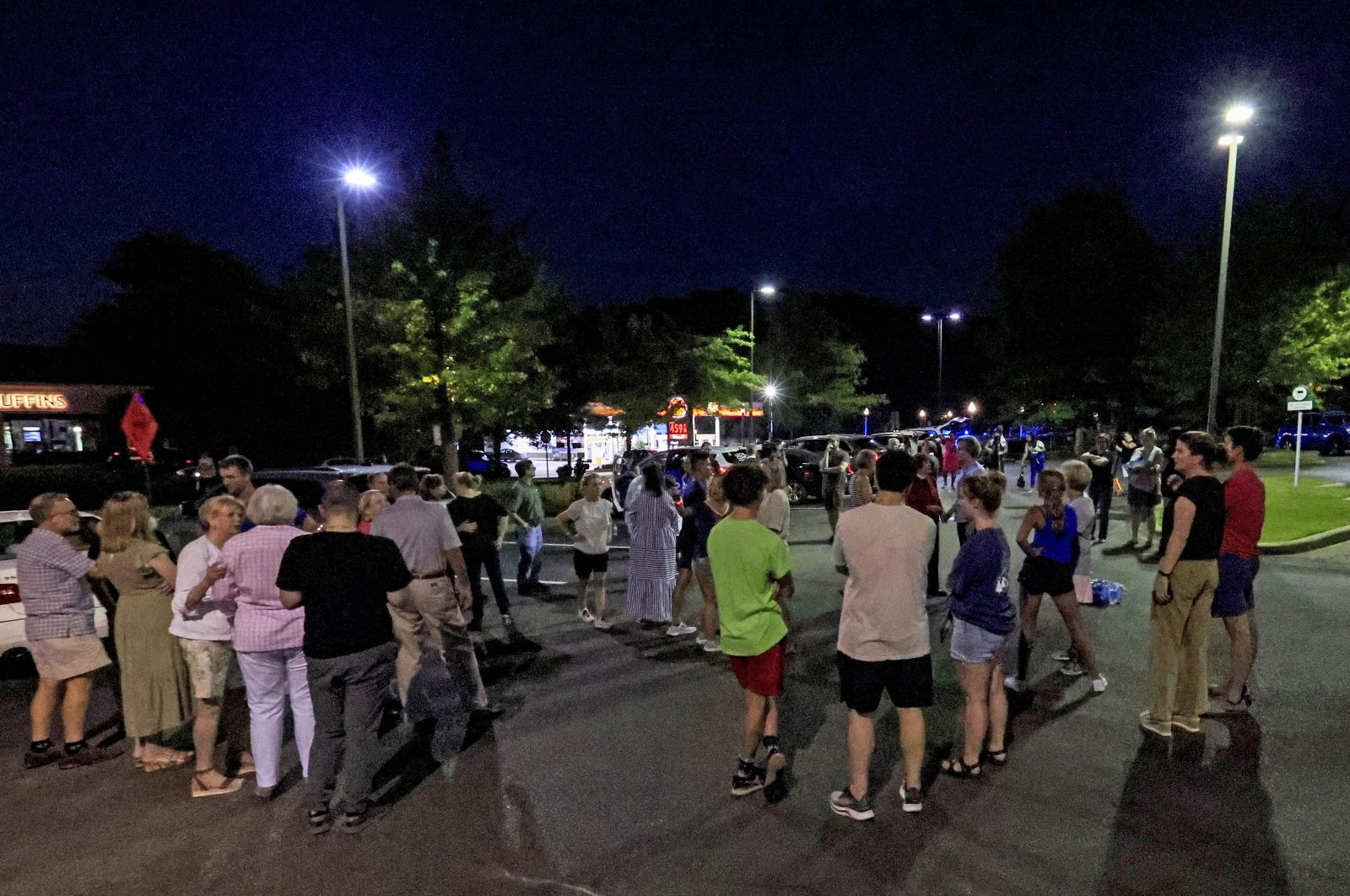 Church members gather for a prayer circle after a shooting at the Saint Stevens Episcopal Church in Vestavia, Alabama, U.S., June 16, 2022. (AP Photo)
by Associated Press Jun 17, 2022 10:05 am
RECOMMENDED

Two people were killed and another was injured after a gunman opened fire inside a suburban church in the state of Alabama at a small group meeting before being taken into custody, authorities said.

The attack occurred at Saint Stephen's Episcopal Church in the Birmingham suburb of Vestavia Hills, said Police Capt. Shane Ware. He said dispatchers got a call at around 6:20 p.m. reporting an active shooter there.

Ware said a suspect was detained and there was "no threat to the community at this time." Police declined to identify the suspect or the victims or provide further details on the attack, saying another briefing was planned for Friday.

At an earlier news conference, Ware had said one person was killed and two others hospitalized.

The church’s website listed a "Boomers Potluck” for Thursday night. "There will be no program, simply eat and have time for fellowship,” the flyer read.

Thursday’s shooting took place just over a month after one person was killed and five others injured when a man opened fire on Taiwanese parishioners at a church in Southern California. It also comes nearly seven years to the day after an avowed white supremacist killed nine people during a Bible study at Emanuel AME Church in Charleston, South Carolina.

In Vestavia Hills, investigators remained at the scene hours past nightfall, with yellow police tape cordoning off the church complex and emergency police and fire vehicles with flashing lights blocking the route to the church. The FBI, U.S. Marshals Service and the Bureau of Alcohol, Firearms, Tobacco and Explosives dispatched agents to the scene. Nearby, people huddled and prayed.

The Rev. Kelley Hudlow, an Episcopal priest in the Diocese of Alabama, told broadcast outlet WBRC that the shooting had stunned the church and the community at large. "It is shocking. Saint Stephen’s is a community built on love and prayers and grace and they are going to come together,” she said in a live interview with the station. "People of all faiths are coming together to pray to hope for healing.”

She said supportive messages were coming in from all over the United States and the world. "We need everybody out there. Pray, think, meditate and send love to this community because we are going to need all of it," she said.

There have been several high-profile shootings in May and June, starting with a racist attack on May 14 that killed 10 Black people at a supermarket in Buffalo, New York. The following week, a gunman massacred 19 children and two adults at an elementary school in Uvalde, Texas.

On Saturday, thousands of people rallied in the U.S. and at the National Mall in Washington, D.C., to renew calls for stricter gun control measures. Survivors of mass shootings and other incidents of gun violence lobbied legislators and testified on Capitol Hill earlier this month.

Alabama Gov. Kay Ivey issued a statement late Thursday lamenting what she called the shocking and tragic loss of life at the church. Although she said she was glad to hear the suspect was in custody, she wrote: "This should never happen - in a church, in a store, in the city or anywhere."

Vestavia Hills is a residential community just southeast of Birmingham, one of Alabama's two most populous cities.