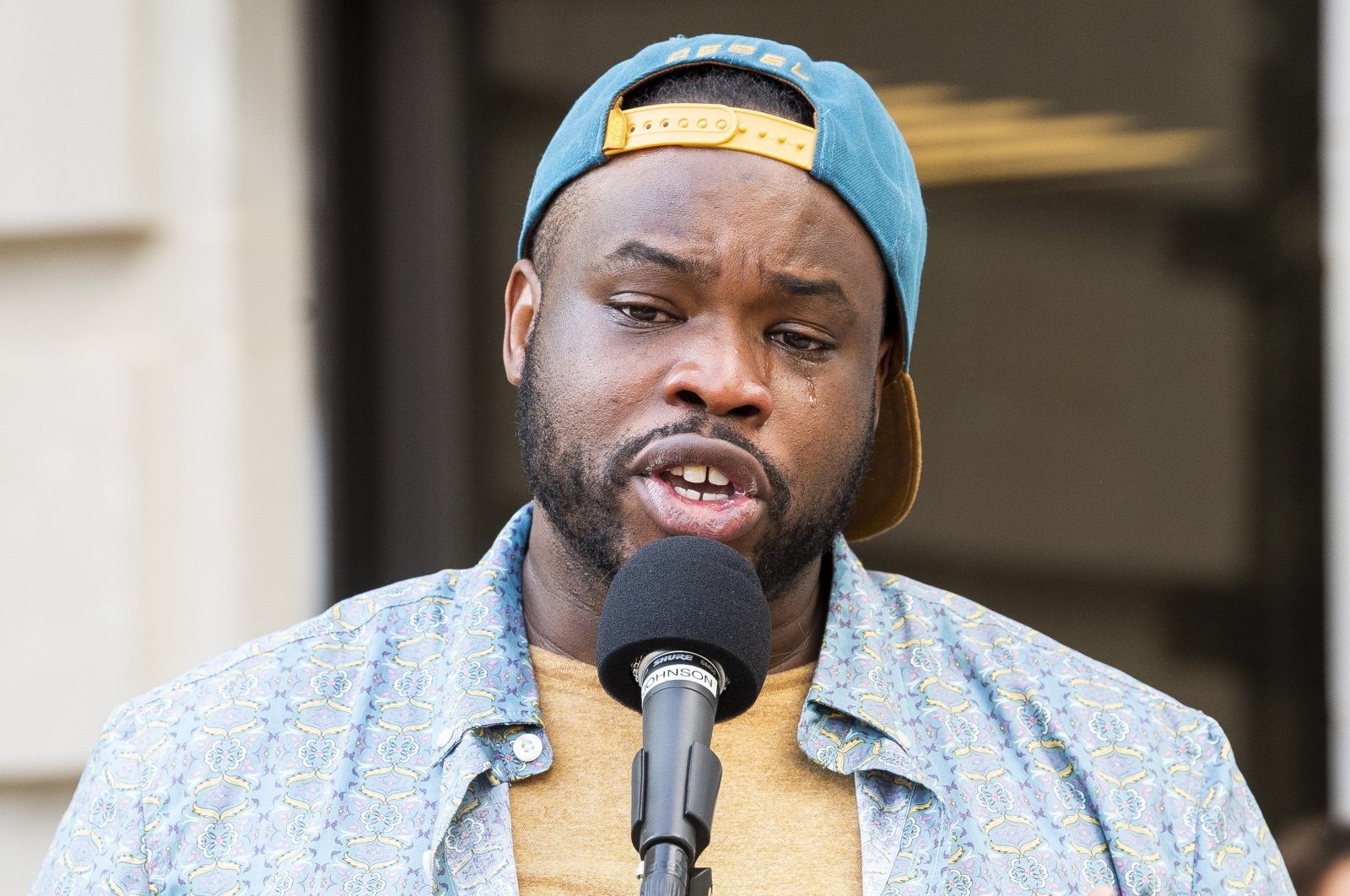 Tears roll down the face of Vauhxx Booker as he speaks to people gathered at the Monroe County courthouse in Bloomington, Indiana, U.S., July 6, 2020. (AP File Photo)
by ASSOCIATED PRESS
Aug 02, 2021 8:39 pm

A black man who was physically assaulted by five white men and racially abused by the group who also threatened to “get a noose” at a southern Indiana lake, is facing criminal charges for allegedly standing his ground against his attackers, more than a year after the crime that earlier led to charges against two of the attackers.

Vauhxx Booker, a local civil rights activist and member of the Monroe County Human Rights Commission, was charged with misdemeanor trespass and felony battery for his involvement in last year’s Fourth of July incident at Lake Monroe, according to court documents filed Friday by a special prosecutor in the case.

Booker condemned the decision, calling it an “outrageous act of punitive retaliation and prosecutorial vindictiveness.”

“This incident has been a continual case of a victim being re-victimized by the system,” Booker’s legal team said in a statement Monday. “It is the victim in this assault – Vauhxx Booker – who is being made to pay for having stood his ground against malicious racist name-calling, physical assault and threats against his life.”

The alleged assault gained national attention last summer when Booker said he called 911 after five men assaulted him and pinned him to a tree at the lake just south of Bloomington. He said the men accused him of trespassing on private property and, after he tried to apologize, he was physically assaulted and threatened.

Booker said the men threatened to break his arms and said, “get a noose,” while telling his friends to leave the area. He said one of the men wore a hat decorated with a Confederate flag and that the men made statements about “white power.”

Witnesses who were with Booker that day said they heard racial slurs being shouted and that someone said “get a noose” and “leave the boy here, we will take care of him.” Cellphone video posted on Facebook that showed part of the altercation was viewed millions of times online.

The FBI said it was investigating the incident as a possible hate crime, although no further updates have been provided about the investigation.

The Indiana Department of Natural Resources (IDNR), which responded to the reported assault, recommended charges against everyone involved.

Cox and Purdy claimed Booker was trespassing and denied the allegations regarding a noose. Both maintain that Booker threatened them first, and their lawyers have said the two men are victims of a “smear campaign.” The case against Cox and Purdy is still pending, awaiting a trial date.

Monroe County Prosecutor Erika Oliphant recused herself from the case in response to public concern about whether she was impartial.

The charges against Booker, filed in Monroe Circuit Court by special prosecutor Sonia Leerkamp, are the same recommended by IDNR investigators last summer. An initial hearing is set for Sept. 14.