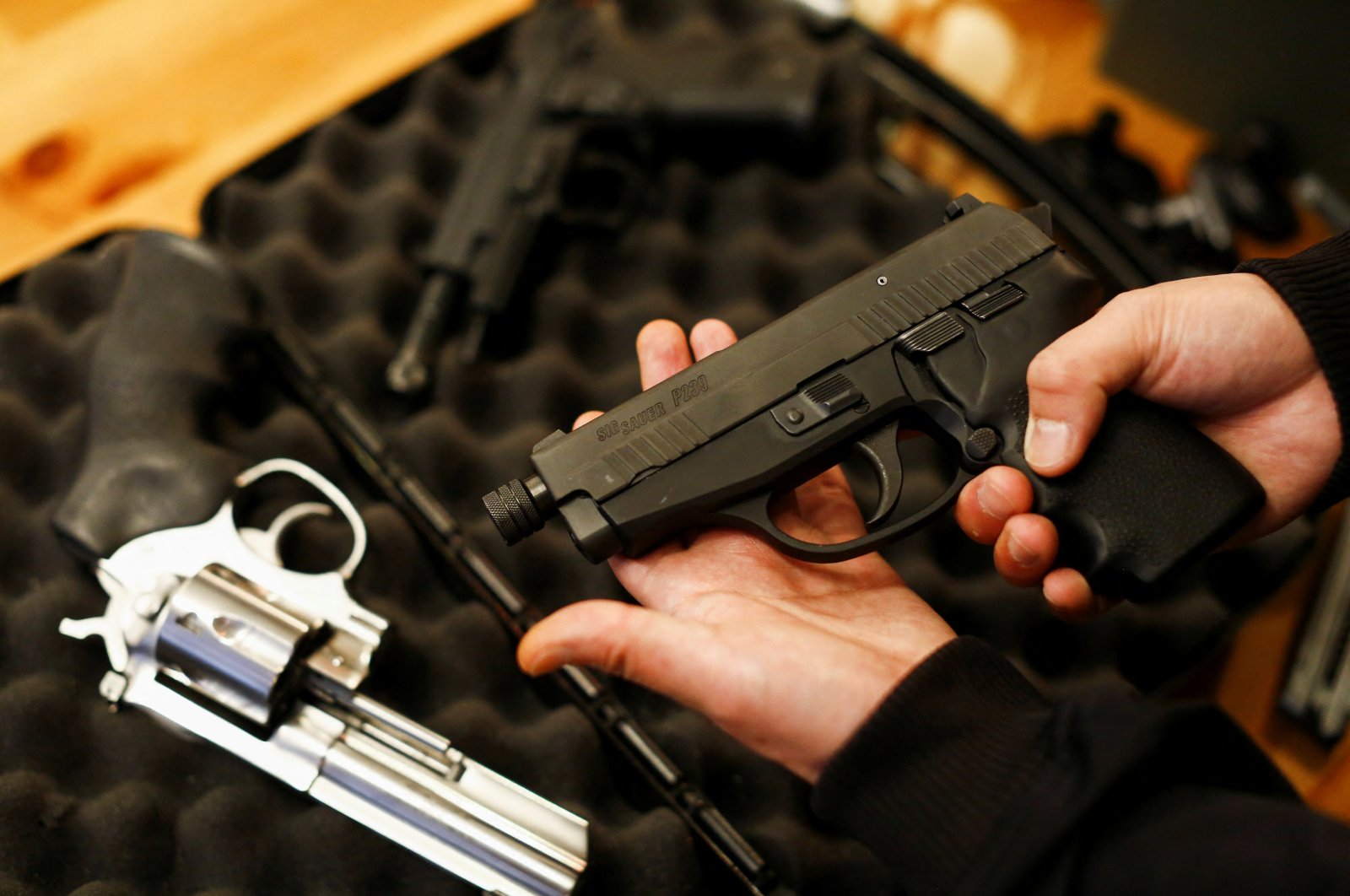 A legal owner poses with his 9 mm Sig Sauer P239 after Canada's government introduced legislation to implement a "national freeze" on the sale and purchase of handguns as a part of a gun-control package, British Columbia, Canada, May 30, 2022. (Reuters Photo)
by Reuters May 31, 2022 10:08 am
RECOMMENDED

Canada introduced legislation Monday to implement a "national freeze" on the sale and purchase of handguns as part of a gun control package that would also limit magazine capacities and ban some toys that look like guns.

The new legislation, which resurrects some measures that were shelved last year amid a national election, comes just a week after a gunman killed 19 children and two teachers in their classroom in Uvalde, Texas.

"We need only look south of the border to know that if we do not take action firmly and rapidly it gets worse and worse and gets more difficult to counter," he said.

The handgun freeze would contain exceptions, including for elite sport shooters, Olympic athletes and security guards. Canadians who already own handguns would be allowed to keep them.

Authorities do not expect a run on handguns in anticipation of the freeze, in part because they are so heavily regulated already, an official said in a briefing.

Canada has stronger gun legislation than the United States but while its gun homicide rate is less than one-fifth of the U.S. rate it is higher than that of other rich countries and has been rising. In 2020 it was five times Australia's rate.

Canada banned the sale and use of some 1,500 models of assault weapons, like the AR-15 rifle, two years ago in the wake of a mass shooting in Portapique, Nova Scotia, a move some firearms owners say they are contesting in court. Speaking alongside Trudeau, Public Safety Minister Marco Mendicino confirmed the "imminent launch of the initial phase" of a program to buy back and compensate owners of such weapons.

While the Liberals have a minority of seats in Parliament, the legislation could pass with the support of the left-leaning New Democratic Party.

The planned legislation would prevent anyone subject to a protection order or who has engaged in domestic violence or stalking from obtaining or keeping a firearms license.

It will also require long-gun magazines to be permanently altered so they can never hold more than five rounds and will ban the sale and transfer of large-capacity magazines.

The new laws would also ban some toys that look like real guns, such as airsoft rifles. Last week Toronto police shot and killed a man carrying a pellet gun.

"Because they look the same as real firearms, police need to treat them as if they are real. This has led to tragic consequences," Justice Minister David Lametti told reporters.

Tom Stamatakis, president of the Canadian Police Association, welcomed some of the moves, such as the "red flag" provisions in the case of domestic violence, and said he would like more information on enforcement and resources for measures such as the handgun freeze.

He completely supported a crackdown on fake guns, which he said were a "big challenge."

Rod Giltaca, the head of the Canadian Coalition for Firearm Rights, said the handgun freeze was "absurd." He said authorities were not using the tools they already had to tackle gun violence, such as calling people listed as references on gun license applications.