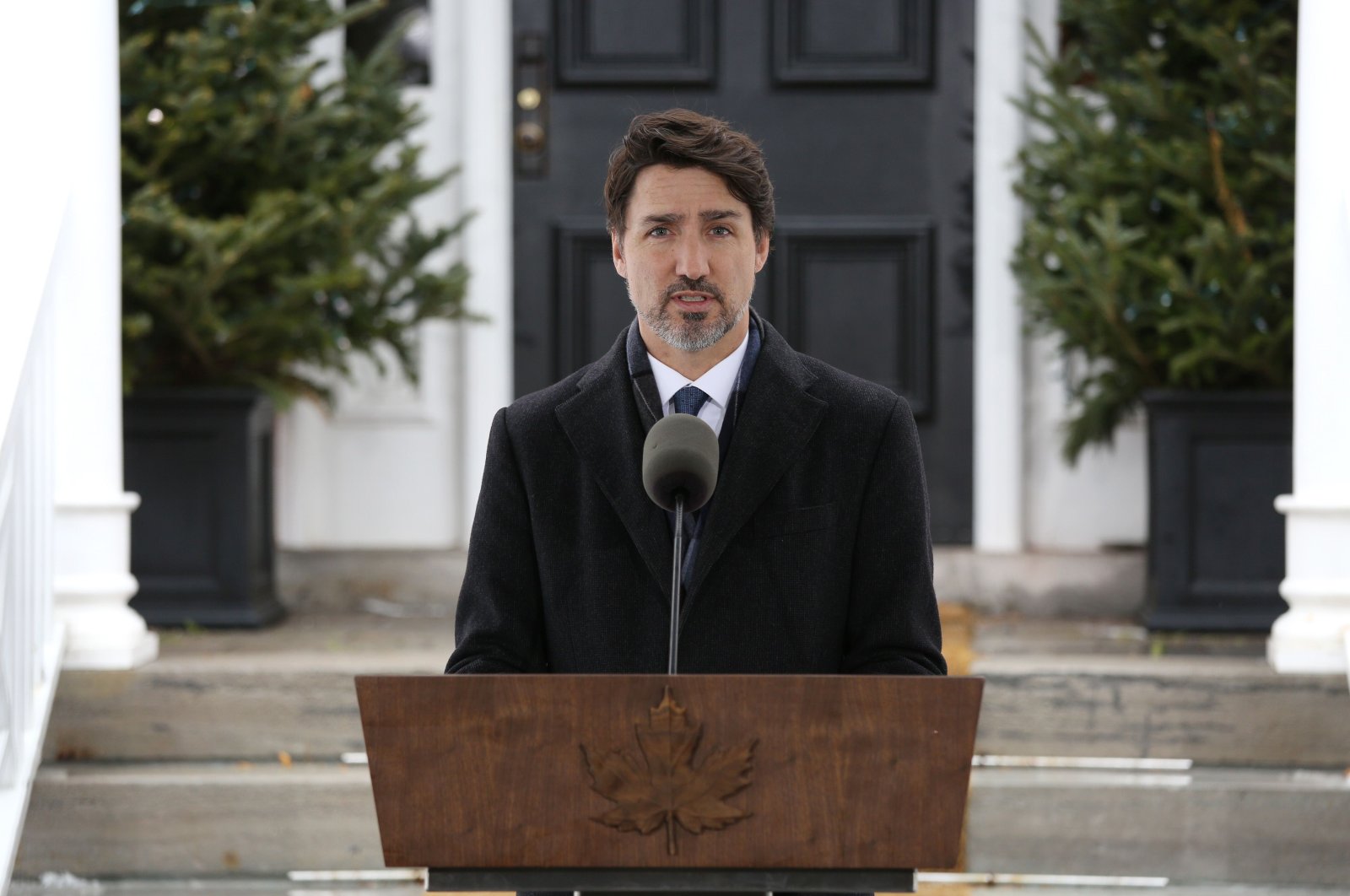 Canadian Prime Minister Justin Trudeau speaks during a news conference on COVID-19 situation in Canada from his residence in Ottawa, Canada, March 17, 2020. (AFP Photo)
by ASSOCIATED PRESS
May 01, 2020 7:09 pm

Prime Minister Justin Trudeau said Friday that Canada is banning the use and trade of assault-style weapons immediately.

The Cabinet order doesn’t forbid owning any of the military-style weapons and their variants but it does ban the trade of them. He said the order has a two-year amnesty period for current owners, and there will be a compensation program that will require a bill passed in Parliament.

In the meantime, they can be exported, returned to manufacturers, and transported only to deactivate them or get rid of them. In certain limited circumstances, they can be used for hunting.

"You do not need an AR-15 to take down a deer," Trudeau said. "So, effective immediately, it is no longer permitted to buy, sell, transport, import or use military-grade, assault weapons in this country.”

He said the weapons were designed for one purpose and one purpose only: to kill the largest number of people in the shortest amount of time.

"There is no use – and no place – for such weapons in Canada,” Trudeau said.

Mass shootings are relatively rare in Canada, but Trudeau said they are happening more often. Trudeau noted he was nearby in Montreal when gunman Marc Lepine killed 14 women and himself at Montreal’s École Polytechnique college in 1989. The Ruger Mini-14 Lepine used is among weapons included in the ban.

Trudeau has said his government would introduce further gun control legislation prohibiting military-style assault weapons, a measure that had already been planned before the coronavirus pandemic interrupted the current parliamentary session.

"As of today the market for assault weapons is closed. Enough is enough,” Public Safety Minister Bill Blair said.