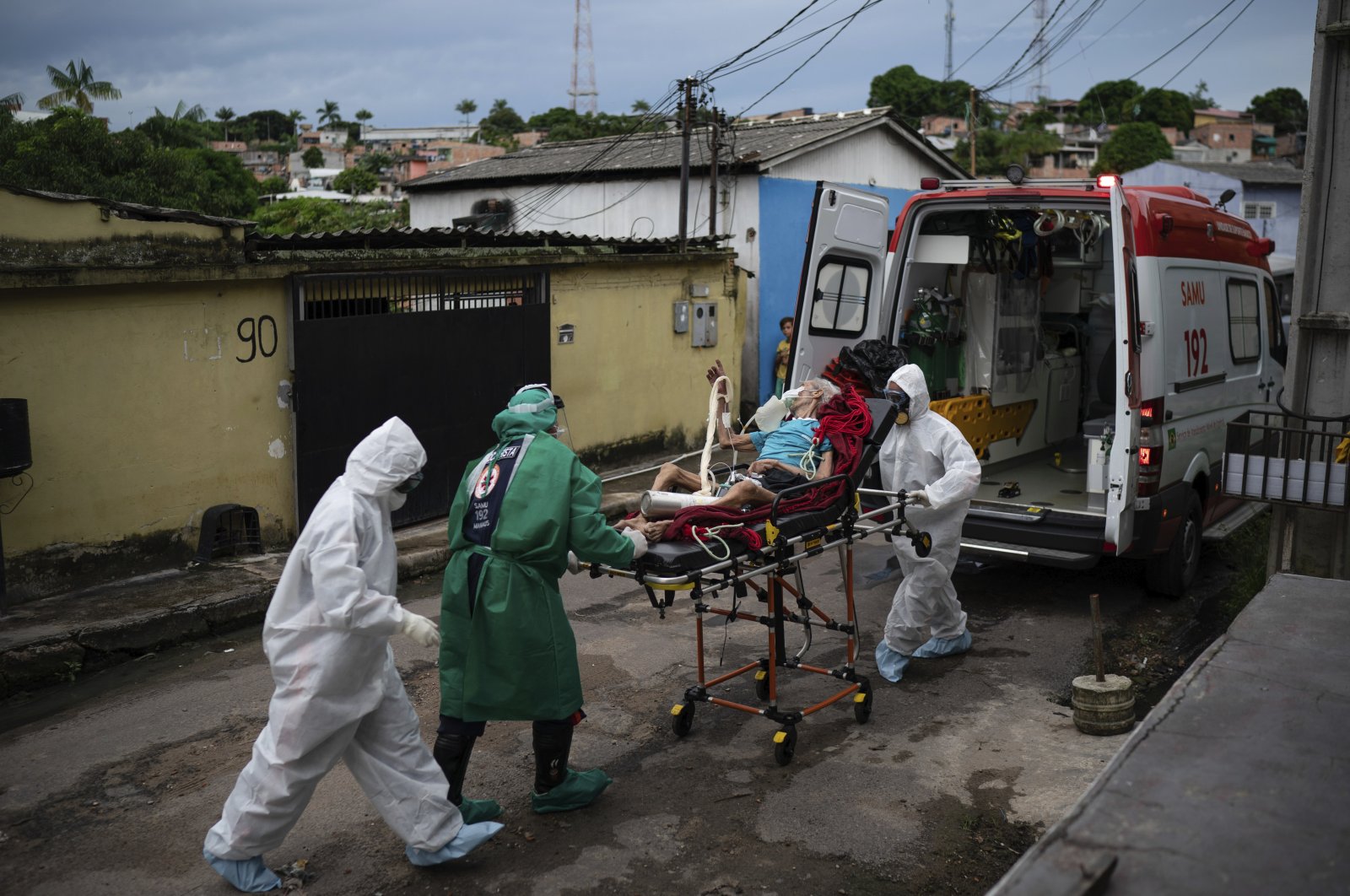 Confirmed coronavirus cases in Latin America have surged past one million, while hard-hit the United Kingdom and Russia eased lockdowns Monday, despite not having their outbreaks fully under control.

Governments around the world are moving to ease restrictions that have wrecked their economies, even as the number of cases tops 6.1 million and virus deaths exceed 371,000.

With more than half a million known infections, Brazil now has the second-highest caseload in the world, but its anti-lockdown President Jair Bolsonaro again defied social distancing recommendations on Sunday.

Wearing no face mask, the far-right leader met a tightly packed group of supporters in the capital Brasilia as the crowd chanted "Myth! Myth! Myth!" — echoing his dismissal of the virus threat.

Bolsonaro has been a staunch opponent of lockdowns as a tool for containing the coronavirus, saying they are unnecessary and harmful to the economy, but he has faced intense criticism from worried state authorities and angry citizens.

Despite his skepticism, the virus rages on in Brazil and other parts of South America, with the situation in Chile, Bolivia and Peru also worsening.

While South America and parts of Africa and Asia have only just started to feel the full force of the pandemic, hard-hit European countries have cautiously begun easing lockdowns as they seek a return to some form of normality.

But experts have cautioned that moving too fast could spell disaster, with no vaccine or effective treatment yet for COVID-19.

In Britain, where schools were set to partially re-open on Monday, some senior government advisers warned things were happening too rapidly.

"COVID-19 spreading too fast to lift lockdown in England," tweeted Jeremy Farrar, a member of the government's Scientific Advisory Group for Emergencies.

Hard-hit Russia, which saw an explosion of infections in recent weeks, was also set to re-open shopping malls and parks in Moscow, despite the still-high number of cases.

While Muscovites welcomed the opportunity after weeks of being cooped up at home, many ridiculed Moscow Mayor Sergei Sobyanin's "experiment" aimed at regulating people's walks and exercise based on their home address.

Popular comedian Maxim Galkin even released a sketch about President Vladimir Putin and Sobyanin discussing a "breathing schedule" for the capital's residents.

The pandemic has devastated the global economy, which is facing its worst downturn since the Great Depression, and with businesses and citizens growing tired of confinement, there is pressure on many leaders to press on with reopenings — especially in nations where outbreaks appear to be slowing.

In the U.S. — the worst-affected nation in the world — Washington and Los Angeles resumed outdoor dining, while New York City is on track to begin reopening from June 8.

In France, parks in Paris opened on the weekend for the first time in months, ahead of restaurants, cafes and bars being allowed to serve on sidewalks and terraces on Tuesday.

But health experts have continued to warn of the possibility of a second wave of infections if authorities and citizens let their guard down, especially if they risk large gatherings of people like concerts, festivals and religious services.

With the outbreak in Italy slowing, Pope Francis made his first address to the faithful in Saint Peter's square in nearly three months.

In Saudi Arabia, mask-clad worshippers thronged mosques that opened nationwide — except in the holy city of Mecca.

"I prayed, praise be to God, in the neighborhood mosque... and it was a beautiful feeling," said one worshipper, though he was concerned about others not taking necessary precautions.

"I swear to God that some people do not care about anything. No face mask. No rug."

'Distancing is impossible in Dhaka'

Asia was the first continent hit by the virus after it emerged in the central Chinese city of Wuhan late last year, and neighboring countries saw their economies hammered by the outbreak -- especially the aviation and tourism sectors.

Some Asian countries have started on a tentative path to recovery, such as Thailand, which relies heavily on tourist spending. The kingdom has now re-opened beaches nationwide after two months of lockdown to try to revive tourism.

But other, much more populous nations have moved to relax restrictions despite not entirely containing the disease.

India announced it would begin easing the world's biggest lockdown in early June, even as it marked another record daily rise in infections.

Neighboring Bangladesh, meanwhile, lifted its lockdown on Sunday, with millions heading back to work in densely populated cities, even as the country logged record spikes in new deaths and infections.

"I tried to avoid crowds when I walked to my office," banker Badrul Islam told Agence France-Presse (AFP) in the Bangladeshi capital. "But social distancing is impossible on Dhaka's footpaths."