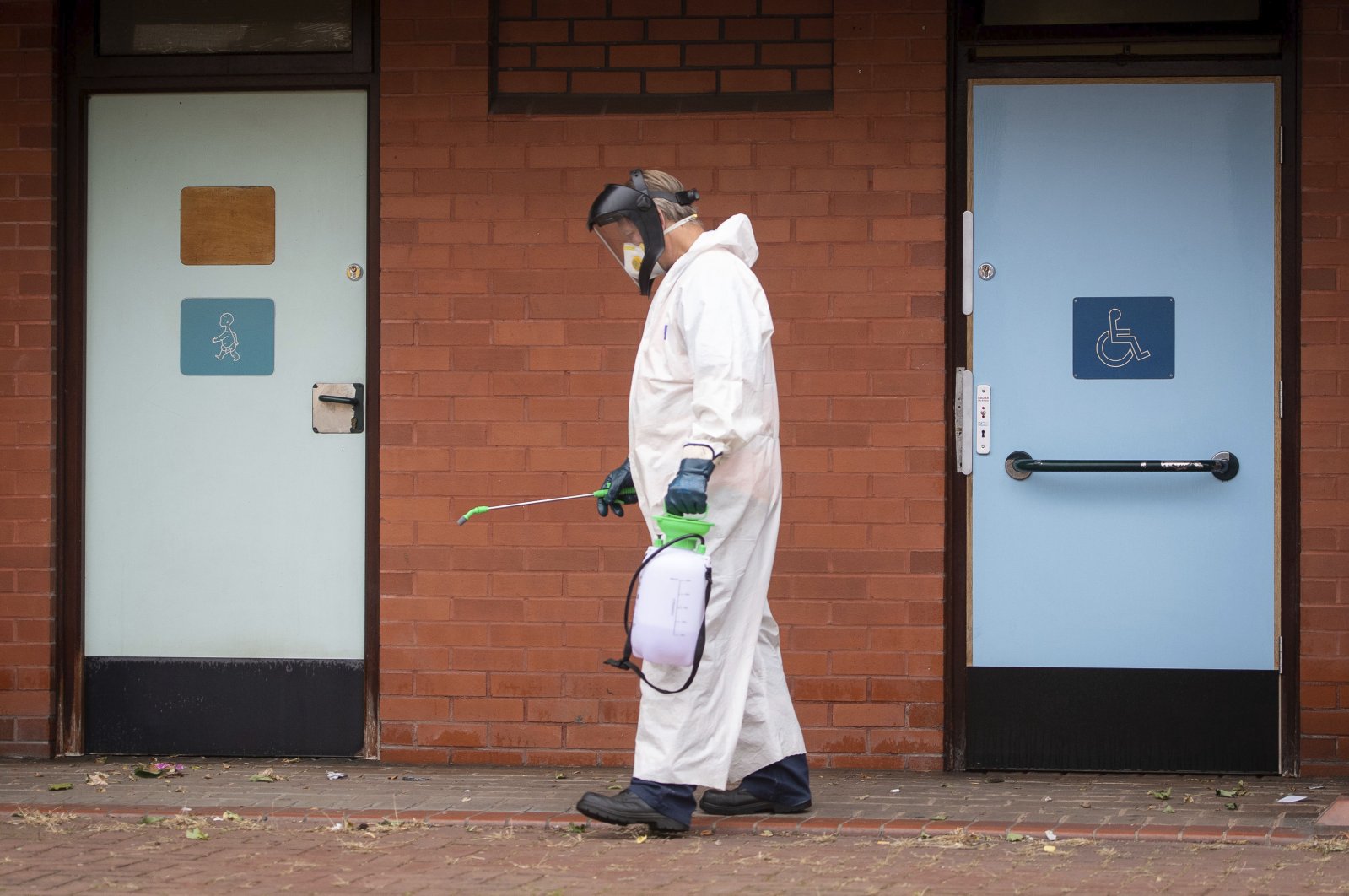 As newly confirmed coronavirus infections surge in many countries, governments have started reimposing lockdown restrictions and reversing reopenings. The global death toll passed half a million and the number of infections recorded worldwide topped 10 million as the coronavirus pandemic is "not even close to being over," the World Health Organization (WHO) warned Monday. Experts say the actual numbers, both in the U.S. and globally, are probably far higher, in part because of testing limitations and a large number of people without symptoms.India on Tuesday reported more than 18,000 new coronavirus cases and 400 deaths after an Indian company said it would start clinical trials of a potential vaccine.

Bharat Biotech said it had received government permission to go ahead with the first two phases of clinical trials after initial studies demonstrated safety. Multiple vaccine trials are in a preclinical stage in India, and several other candidates are being tested around the world.

The new infections confirmed in the past 24 hours raised India's cases to 566,840, the fourth-highest in the world.

With the U.S. toll surging past 125,000 deaths and many of the 50 states experiencing sharp rises in new cases, governors have been forced to reimpose lockdowns on businesses like restaurants and bars, even as the White House blames the surge in cases on expanded testing and not simply community spread. Many of the southern and western U.S. states where the virus is most rampant are where state leaders pushed for early reopenings. Places such as Texas, Florida and California are backtracking, closing beaches and bars in some cases amid a resurgence of the virus. The Florida city of Jacksonville, where Trump's Republicans are due to hold their national convention in August, declared face masks mandatory on Monday.

Britain has imposed a stringent lockdown on the English city of Leicester following a local flare-up of the novel coronavirus just as Prime Minister Boris Johnson attempts to nudge the United Kingdom back to normality. The U.K. has been one of the world's worst-hit areas, with more than 54,000 suspected deaths, though infections have been waning in recent weeks and Johnson is rolling back nationwide restrictions to revive the economy. However, in Leicester, in the eastern Midlands of England, the seven-day infection rate was 135 cases per 100,000 people, three times higher than the next highest city. Leicester accounted for 10% of all positive cases in England in the past week, the government said.

In Germany, which has been praised for how it has tackled its COVID-19 outbreak, the North Rhine-Westphalia state extended a lockdown on a district hit hard by a slaughterhouse outbreak.

China has imposed a strict lockdown on nearly half a million people in a province surrounding Beijing to contain a fresh cluster. South Korea has reported 43 newly confirmed cases of COVID-19 from across the country as infections begin to spread beyond the greater capital area, which has been at the center of a virus resurgence since late May. Twenty of the new cases were linked to international arrivals as the coronavirus continues to strengthen its hold in Southern Asia, the United States and beyond.

Hundreds of thousands of people across Melbourne's north and west were ordered to stay at home Tuesday as Australia's second-biggest city struggled to contain a spike in coronavirus cases. The southern state of Victoria has recorded 233 COVID-19 cases since Thursday – mostly in Melbourne – a major surge in a country that has otherwise successfully curbed the spread of the virus.

Australia has recorded about 7,800 coronavirus cases and 104 deaths in a population of 25 million. Several Australian regions are believed to be effectively virus-free, allowing states to continue rolling back restrictions first introduced in late March. Victoria, which had curbed the virus through early restrictions on travel and gatherings, had been easing rules until the flare-up last week. That prompted neighboring South Australia state Tuesday to postpone plans to open its border to Victorians.

The Middle East's most affected country Iran reported 162 more deaths Monday, its highest single-day toll yet, a day after it also made mask-wearing mandatory for inside gatherings.

Meanwhile, India enters what Modi has called "Unlock 2.0," with many curbs on movement relaxed, though schools, cinemas, gyms and bars will remain shut. But some states have imposed their own lockdowns in cities with daily new cases in the country remaining close to 20,000. The country reported 18,522 new cases over the previous 24 hours, according to federal health data released on Tuesday, down slightly from Sunday's record of 19,906. With more than 550,000 total infections, India lags only the United States, Brazil and Russia in total cases. More than 16,000 people have died in India, a low figure when compared with countries with similar numbers of cases, though experts fear its hospitals will be unable to cope with a steep rise in infections.

Elsewhere in the world, the second hardest-hit country Brazil is still facing a steep curve of infections, registering 259,105 cases in the seven days through Sunday, the country's highest of any week during the pandemic. Peru is also suffering, with more than 9,000 fatalities to date.