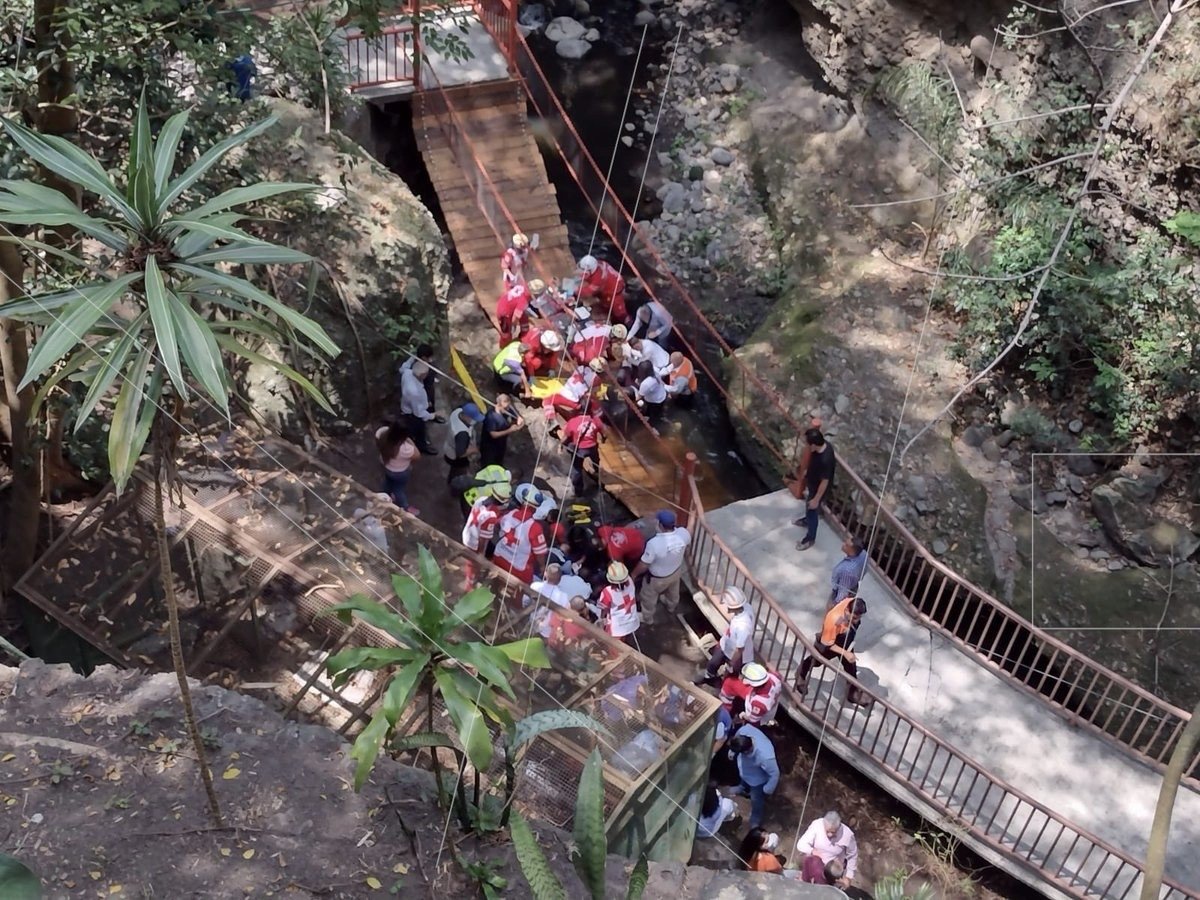 The mayor of the Mexican city of Cuernavaca was proudly inaugurating a footbridge over a scenic stream Tuesday when the structure collapsed, sending him and about two dozen other people plunging into a gully.

The hanging bridge made of wooden boards and metal chains had recently been remodeled. Video of the collapse suggested the boards separated from the chains supporting them.

Local officials, including city council members, fell about 10 feet (3 meters) onto rocks and boulders in the streambed.

Mayor Jose Luis Uriostegui later said that some of the people accompanying him on the inaugural walk had been jumping on the bridge, perhaps in an attempt to make it sway.

"There were a lot of people jumping. That was reckless,” Uriostegui said.

The crush of officials and journalists on the bridge also may have exceeded its planned capacity, the mayor said.

"There were more of us than there should have been there,” he said.

The Cuernavaca city government said in a statement that four city council members, two other city officials and a local reporter were injured and had to be extracted on stretchers from the gully and were taken to local hospitals.

Urióstegui said none of the injuries were critical, and the worst involved a broken bone or a blow to the head.

Urióstegui himself was taken to a hospital with "light injuries,” but later spoke to reporters outside.

The Morelos state government said the hanging footbridge was not included in a $340,000 riverwalk construction program that started in 2021 and may have existed prior to that.

Cuernavaca, located just south of Mexico City, has long been a weekend getaway for capital residents due to its abundance of water and balmy climate.

The footbridge was part of a river walk along one of the city's many streams. Cuernavaca has undergone explosive growth and has largely ignored or polluted many of its waterways. The river walk was intended to be part of a revival of the city's natural attractions.