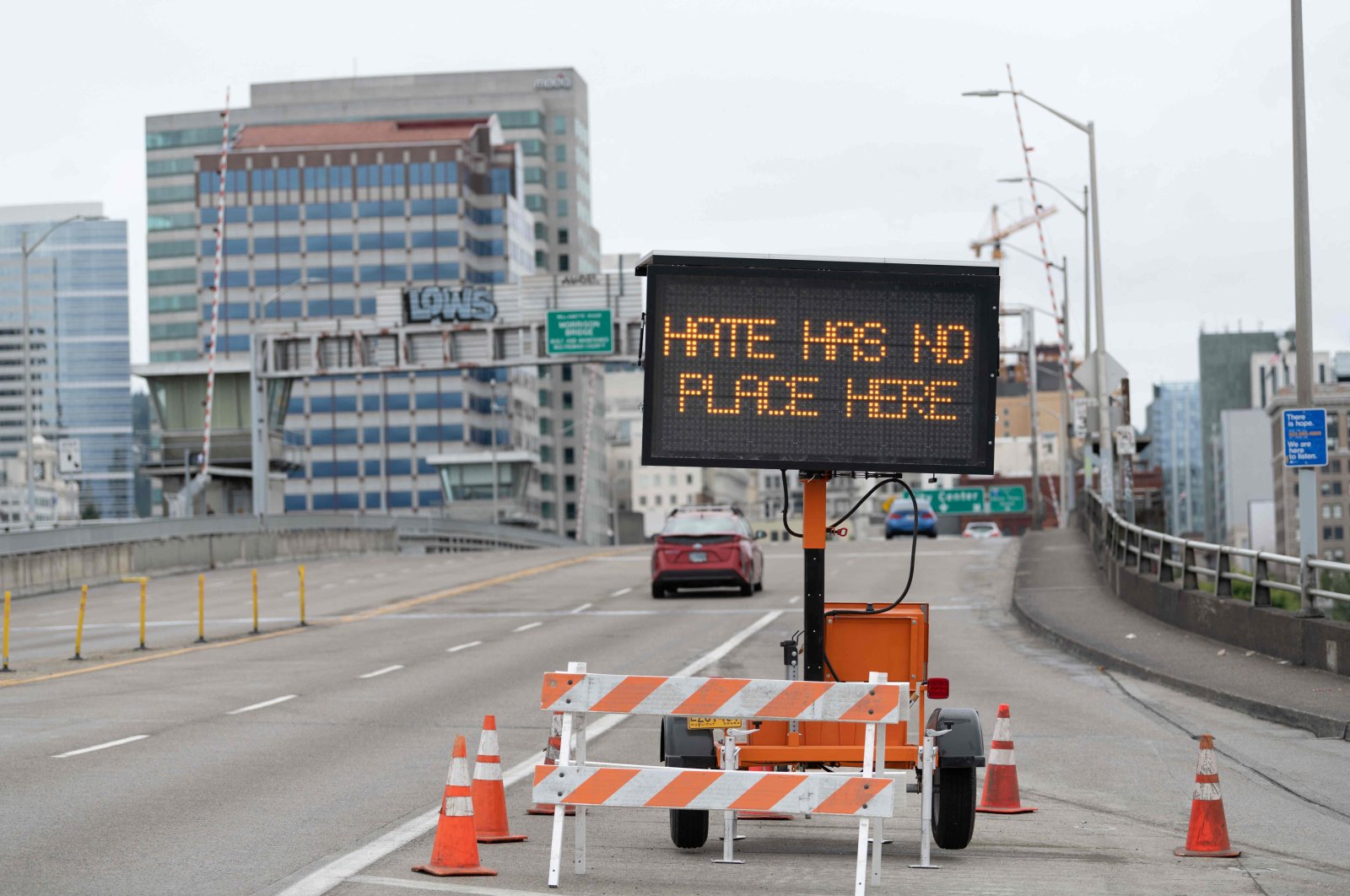 A traffic sign displays a message on the Morrison Bridge ahead of opposing rallies between far-right groups and anti-fascist activists in Portland, Oregon, U.S., Aug. 22, 2021. (AFP Photo)
by REUTERS
Aug 30, 2021 10:03 pm

Hate crimes in the United States reached the highest level in more than a decade in 2020, the FBI reported Monday, blaming the distressing statistic on a rise in assaults on black and Asian people.

The FBI data showed the number of offenses targeting black victims rose to 2,755 from 1,930 and incidents against people of Asian descent jumped to 274 from 158.

The U.S. Justice Department has warned that white supremacist groups represent a rising security threat after the deadly Jan. 6 assault on the U.S. Capitol.

At the same time, reports of hate-inspired attacks on Asian Americans and Pacific Islanders have also been on the rise, spurred by what many say were former President Donald Trump's inflammatory remarks blaming the COVID-19 pandemic on China.

In May, U.S. Attorney General Merrick Garland outlined new steps to help state and local police track and investigate hate crimes, which historically have been an underreported crime to the FBI by local law enforcement, and called for the department to expedite the review of possible hate crimes.