Migrants in US no longer referred to as 'aliens' under Biden 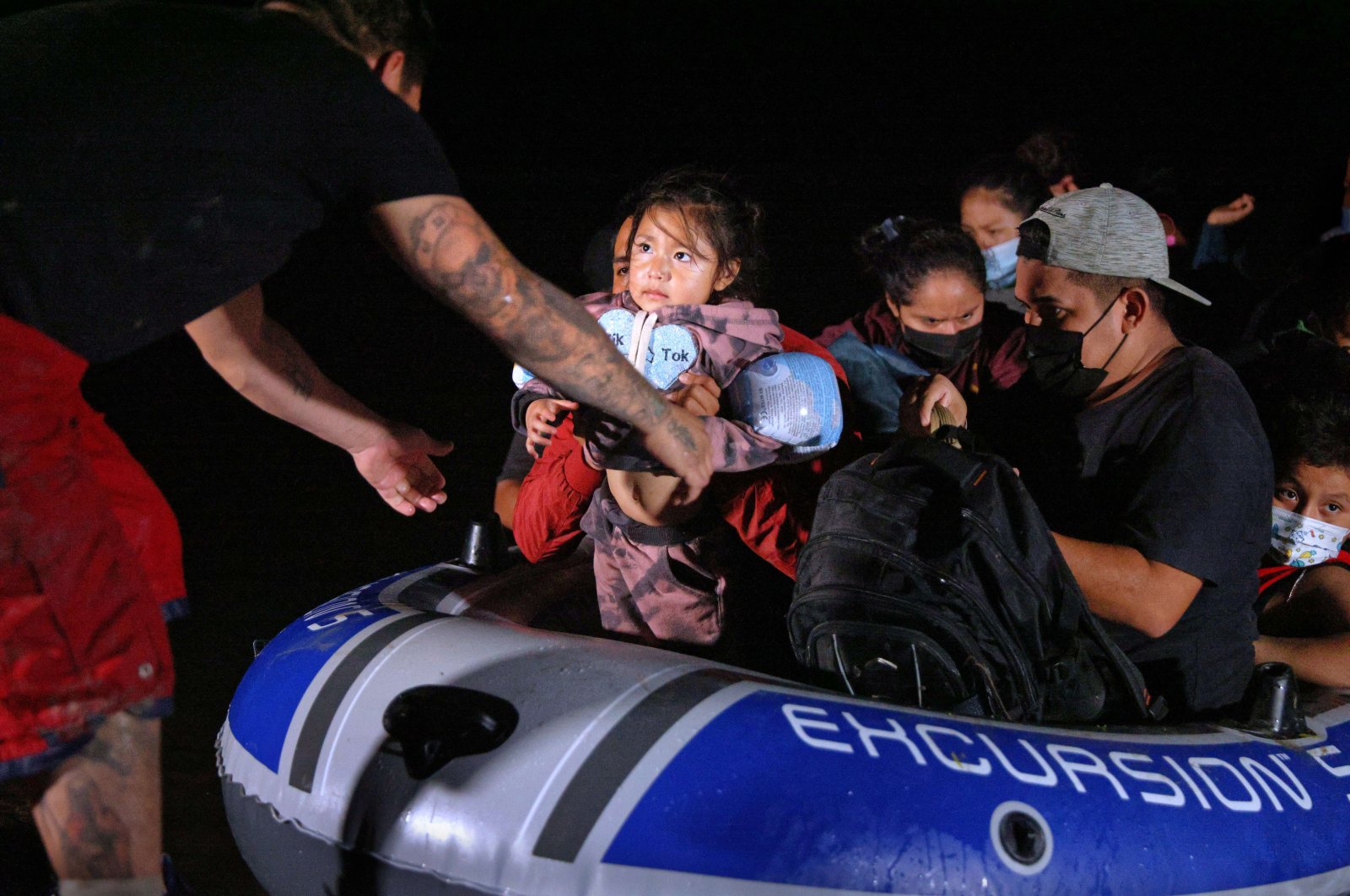 An immigrant child glances towards a human trafficker while being smuggled into the United States from Mexico in Roma, Texas, April 15, 2021. (AFP Photo)
by ASSOCIATED PRESS Apr 20, 2021 2:33 pm
RECOMMENDED

Migrants will no longer be referred to as "aliens" according to an order issued to employees of the two main United States immigration enforcement agencies. The word "alien" is an outdated term that many consider offensive.

Memos issued by Customs and Border Protection, as well as Immigration and Customs Enforcement, tell employees to use the words "non-citizen” or "migrant." The change reflects guidelines set by the Biden administration, which is reversing many of the anti-immigrant policies of former President Donald Trump.

Instead of "illegal aliens,” which was still being used by some government officials in press releases and elsewhere, the employees of CBP and ICE should instead use "undocumented noncitizen” or "undocumented individual,” according to the memos.

Acting CBP Commissioner Troy Miller said the directives were necessary to "set a tone and example” at an agency that includes the Border Patrol.

"We enforce our nation’s laws while also maintaining the dignity of every individual with whom we interact,” Miller said. "The words we use matter and will serve to further confer that dignity to those in our custody.”

"We use the term ‘illegal alien’ because they’re here illegally,” said Sen. Tom Cotton, a Republican from Arkansas. "This kind of weakness and obsession with political correctness is why we’re having a crisis on the border in the first place.”

As recently as last Thursday, CBP issued a press release out of Texas that described a Border Patrol operation in the Rio Grande Valley "resulting in the apprehension of ten illegal aliens.”

But a release Monday seemed to comply with the memo, describing the rescue of a "lost undocumented noncitizen” near Ocotillo, California.

The change in language comes as the Biden administration deals with a record number of children and teens, mostly from Central America, seeking to enter the U.S. at the southwest border.

Under the new guidelines, "unaccompanied alien children” would be referred to as "unaccompanied noncitizen children,” according to the memos. Employees are also directed to describe the "assimilation” of refugees and immigrants as "civic integration.”

CBP is turning away most adult migrants attempting to enter the U.S. under a public health order issued at the start of the COVID-19 pandemic. But the Biden administration is allowing unaccompanied minors and some families to remain, at least temporarily, while authorities determine whether they can stay through the asylum process or under some other legal category.

Biden administration officials blame the rising number of migrants at the southwest border on a number of factors, including two recent hurricanes that struck Central America and the economic ravages of COVID-19 in the region.

Critics blame the administration's moves to reverse some of the hundreds of measures taken under President Donald Trump to curb both legal and illegal immigration and support for legislation that would enable some already in the country to remain.