US Capitol riot panel lays blame for insurrection on Trump 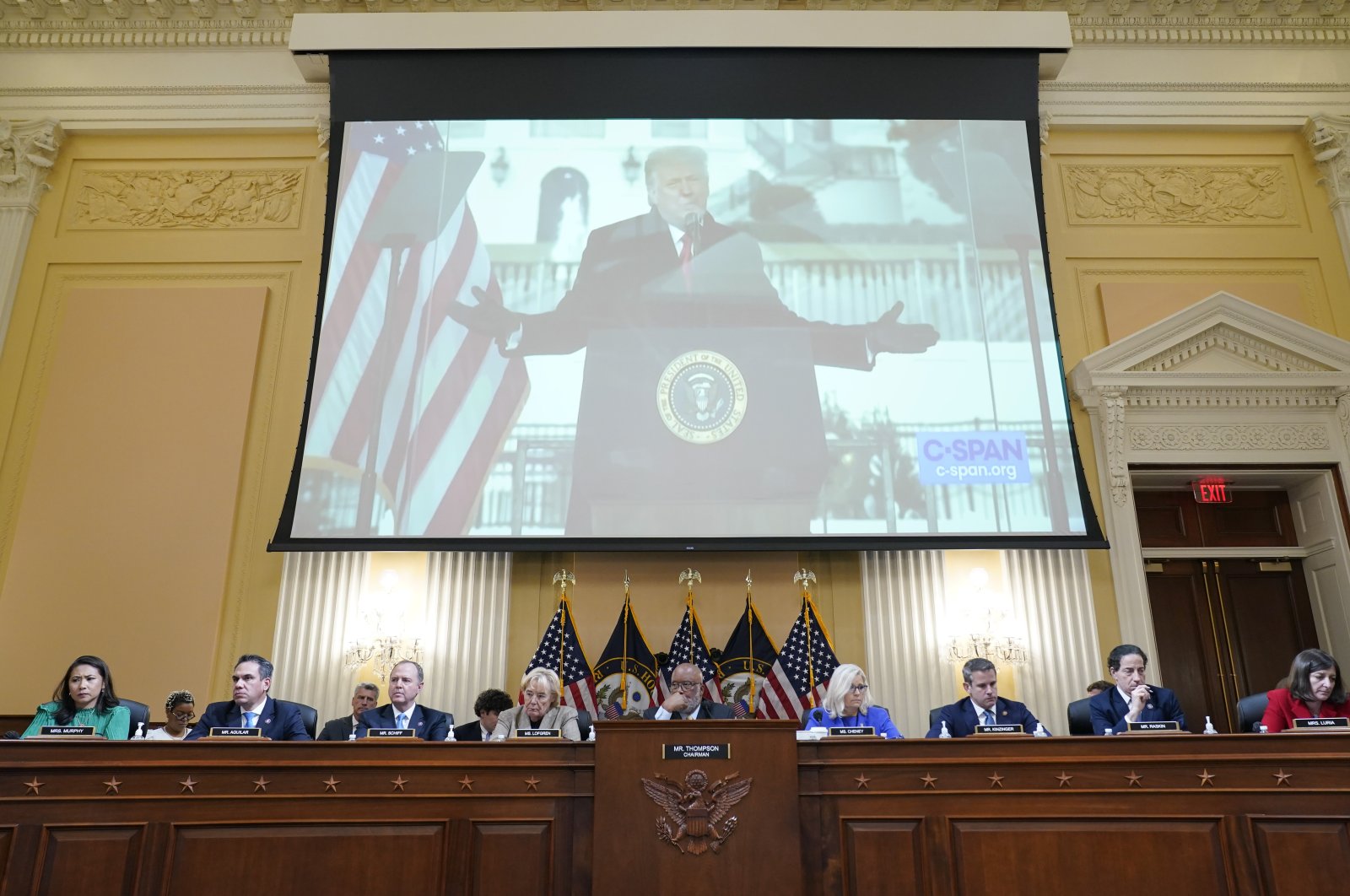 A video of U.S. former President Donald Trump speaking during a rally near the White House on Jan. 6, 2021, is shown as committee members during a public hearing of the House select committee investigating the attack on Capitol Hill, Washington, U.S., June 9, 2022. (AP Photo)
by Anadolu Agency Jun 10, 2022 1:09 pm
RECOMMENDED

The United States House panel investigating the Jan. 6, 2021, Capitol riot laid out its evidence on Thursday night, placing the blame for the insurrection squarely on the shoulders of former President Donald Trump.

"The violence was no accident,” said Rep. Bennie Thompson, the chairperson of the panel. "Jan. 6 was the culmination of an attempted coup, a brazen attempt, as one rioter put it shortly after Jan. 6, to overthrow the government.”

The panel played a previously unseen video clip of Trump’s former attorney general William Barr, who testified that he told Trump that claims of a rigged election were "bull..." and that he "didn’t want to be a part of it.”

"You can't live in a world where the incumbent administration stays in power based on its view, unsupported by specific evidence ... that there was fraud in the election,” said Barr in the taped interview.

The video clip offered a preview of the committee’s monthslong investigation, which contains an abundance of evidence collected by congressional investigators who interviewed more than 1,000 witnesses, including key figures in Trump’s attempt to maintain the presidency.

"I respect Attorney General Barr,” said the former president’s daughter and senior White House aide Ivanka Trump, referring to her acknowledgment of Barr’s view that there was no election fraud. "So I accepted what he was saying.”

The committee said Trump still sought to pressure former Vice President Mike Pence to overturn the Electoral College vote and that the former president ultimately encouraged his supporters to "walk down” to the U.S. Capitol where the proceedings to certify Joe Biden’s victory were underway.

"If you don't fight like hell, you're not going to have a country anymore," Trump said on Jan. 6.

"President Trump summoned a violent mob,” said Rep. Liz Cheney, the panel's vice chair. "When a president fails to take the steps necessary to preserve our union – or worse, causes a constitutional crisis – we're in a moment of maximum danger for our republic.”

Trump dismissed the investigation, declaring on social media that Jan. 6 "represented the greatest movement in the history of our country.”

Republicans on the House Judiciary Committee tweeted: "All. Old. News.”

At least nine people died during the rioting, including a woman who was shot and killed by a Capitol Police officer. More than 100 police officers were injured by the crowd of mostly pro-Trump rioters.

"We want to remind people, we were there, we saw what happened,” said Rep. Dean Phillips. ”We know how close we came to the first non-peaceful transition of power in this country.”